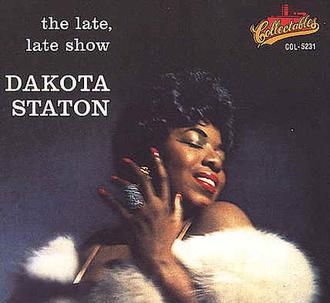 Local Connection: Born in Pittsburgh in 1930

Did you know? Dakota Staton’s debut album The Late, Late Show was a #4 chart hit, unusual at the time for a Jazz record which usually had more moderate chart positions