“Take the art of timeless songwriting, infuse it with astounding instrumental prowess, and throw in the blistering energy and attitude of the 21st century. What do you get? 28 North. Recently Voted Best Band in Pittsburgh by Pittsburgh Magazine, the members of the band — Michael Lindner, Taylor Netzler, Tyler Bond, and Mark Glinka — have been putting on epic, crowd-pleasing shows all across the U.S. from New York to California, and everywhere in between. An ever-growing mob of fans has been coming out to watch 28 North perform with groups like Blues Traveler, Young the Giant, My Morning Jacket, TV on the Radio, and Crash Kings. The band has recently signed with legendary manager Jerry Heller (CCR, CSNY, Elton John, Marvin Gaye, NWA) and relocated to Los Angeles. 28 North has become a Sunset Strip staple regularly performing at The Roxy, The Viper Room, and House of Blues LA. The groups self titled record, ’28 North’ has gotten radio play for 28 North in over 150 markets across the nation. With appearances at the SXSW and CMJ festivals, 28 North has taken their act over the top with their new record, “World on Fire”. With their unparalleled vocal harmonies, virtuosic guitar work, polished hook laden songwriting, a rapidly expanding fan base, and their boundless charisma, it’s only a matter of time before “28 North” is blazing from the stadium lights.”

Check out the band at their official Website, Facebook, Twitter, MySpace, YouTube, Tumblr, Pandora, SoundCloud and ReverbNation. The L.A. via Pittsburgh band have just signed to Red River Records/Sony Red/Bob Frank Entertainment and return home to celebrate at Altar Bar tomorrow with support from Black Market Diary and Act of Pardon. Also, tomorrow morning they stop by the WDVE Coffeehouse so tune in! I want to thank Michael Lindner (Guitar/Vocals) for taking the time to participate in this edition of First/Last. 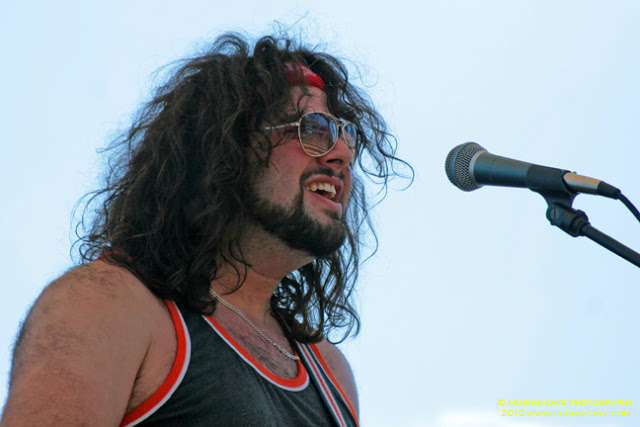 Another summer, another bunch of Sundays spent at Hartwood. This year kicked off with a band that I just started to get into to. ‘North Hills‘ is a great album and live they did the music justice. Can’t go wrong with great music outside on a beautiful evening,now can you? As for openers 28 North, they were stripped down but still sounded nice. Man, I love summer. More Dawes pics here. More 28 North pics here.

First time seeing the band and also my inaugural visit to the new amphitheater. Turns out it is a really nice setting for live music. I am sorry to say that I couldn’t stay for the whole set because I had my daughters in tow and the place was not kid friendly. I guess I should have known but hey, live and learn. More photos here.