“Adeline Hotel (Brooklyn, NY) released debut LP “Leave The Lights” in September 2014 on Future Oak Records. Recorded throughout 2013-14 with producer and engineer Danny Rose (Steady Sun, Hypnotic Brass Ensemble, Vamanos!) at his studio in Bushwick, the record features members of Steady Sun, as well as Magnolia Electric Co.’s Mike Brenner on lap steel. Distinguished by a knack for eliciting the stylings of seminal Americana songwriters, “Leave The Lights” marries this influence with the lo-fi traditions of contemporary players like Angel Olsen and Blake Mills.”

Adeline Hotel is the moniker for songwriter Daniel Knishkowy who recently relocated from Brooklyn to Pittsburgh. The folks over at the amazing Daytrotter released a set he did last week and he is beginning to play around town more and more so definitely go check him out. I want to thank Dan for taking the time to participate in this edition of First/Last. 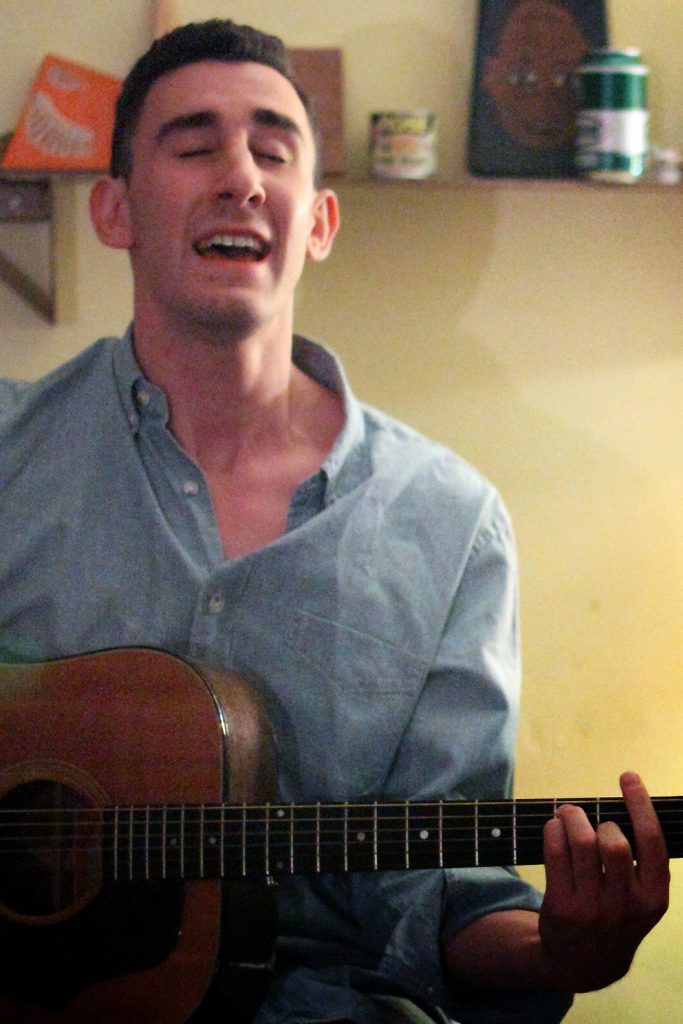