seeing the band and being that it’s an entirely new band backing songwriter Jonathan Meiburg, I was a tad reticent going in. All fears were wiped away as they muscled through a terrific set focusing exclusively on the new material. I dubbed it “Shearwater grows a pair!” Awesome. 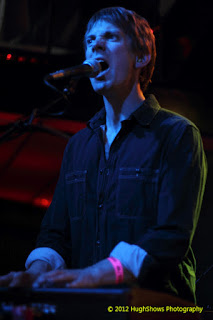 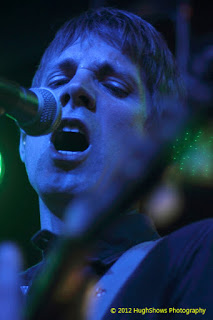 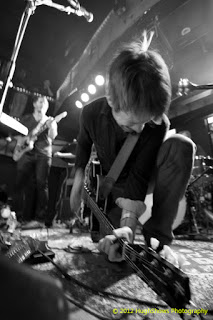 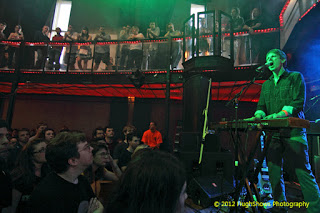 Strip District Believe me, I do like St. Vincent. Thing is, I just don’t go nuts for her as it seems her fans do. Her music is technically good but it’s a little too ‘geometric’ for me. I never say to myself, “You know, I’m in the mood for some St. Vincent.” When it’s on, it’s enjoyable. Like Andrew Bird, Grizzly Bear, Vampire Weekend, The National and many more of the latest indie trends, I just don’t seem to get it. I certainly don’t mean tosound harsh it’s just you can’t fall in love with everything. I would also be remiss if I didn’t mention how damned packed this room was. I literally couldn’t get back from the stage to the entrance without going through the bar. Crazy. 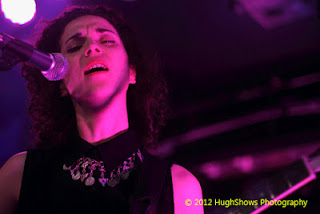 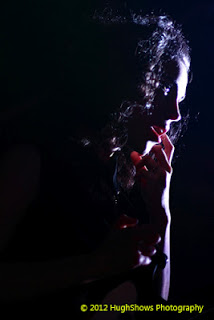 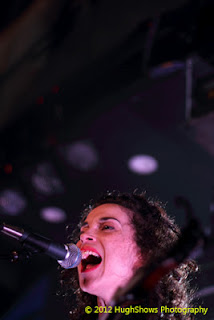 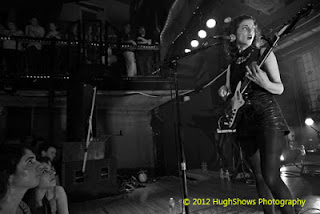 has been headlining these tours to promote acoustic music in a rock and roll vein. Collaborating with other musicians to stress ‘comraderie’, the tour hits Pittsburgh at the end of this month. Courtesy of the cool folks at Drusky Entertainment,I have two tickets to offer for the all ages show. To enter, you must follow me on Twitter @HughShows and retweet at least one of my giveaway announcements. The winners will be randomly chosen and announced on Friday 3/23. There will be two passes at will call under the name of the winner. You must bring valid I.D. to will call the night of the show. Again, you must be a follower and RT to enter. Thanks and good luck. 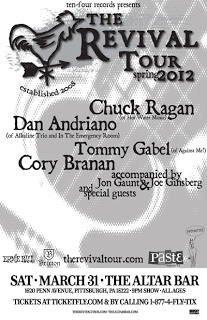 I really had no desire to see this show, even though I had a massively popular ticket giveaway and that it was a “WYEP presents…“, I decided to at least check it out. I couldn’t imagine the amount of people crammed into the place (for two nights, no less) to see this band. I am certainly not familiar enough with their music but evidently, many others are. Crazy.

I really had no desire to see this show, even though I had a massively popular ticket giveaway and that it was a “WYEP presents…“, I decided to at least check it out. I couldn’t imagine the amount of people crammed into the place (for two nights, no less) to see this band. I am certainly not familiar enough with their music but evidently, many others are. Crazy.

Courtesy of the great folks at Drusky Entertainment, I have a pair of passes for both nights. There will be two winners this week. The Saturday show has completely sold out and Sunday’s show is close to it. To enter, email me at hughshows@comcast.net with the subject line ‘Beirut-Saturday’, ‘Beirut-Sunday’, or ‘Beirut-Both’ to indicate which night you want to enter for. In the message body, please provide the name of the person who will bring I.D. to will call the night of the show good for two passes.This is an all ages event. This contest runs until Friday, December 9th when the winners will be randomly chosen and contacted. Thanks and good luck.

On my way home from the Sam Roberts show, I was on RT 28 about to pass the 16th Street Bridge when I thought, what the heck, maybe stop in and grab a few shots of Jackie Greene. It literally took me ten minutes to park, get the photos and be on my way home again. I wish I could have stayed because he sounded great but I wake up for work at 5 A.M. Cheese move I know but the pictures didn’t turn out half bad for a scant few minutes of effort. More photos here.

So it’s Friday and well, this train cannot be stopped. Looks like these little Q&A’s are gonna continue on. The Miggs are rock band from Florida and are coming to town this weekend as support for Ed Kowalcyzk of Live fame. Courtesy of Rock Ridge Music, I have a pair of passes to give away to a lucky reader of this blog. To enter, just email me at hughshows@comcast.net with the subject line ‘The Miggs’. Please supply your name for the folks at will call that will be good for two passes to the show on Sunday. The winner will be randomly chosen and contacted by tomorrow. As always, good luck. As a preview of sorts, bandleader Don Miggs was kind enough to participate in this, the return of First/Last Friday!

Thanks Don. Better not run into Ryan Adams, dude! I also like your perceptions of Pittsburgh people. Maybe that’s one reason I never left?

This is one great bill. I easily would have seen any of these artists by themselves. The fact that they are playing together makes this a must see show for me. Thanks to Drusky Entertainment, I have a pair of passes to give away. As always, entering is really easy. Just email me at hughshows@comcast.net with the subject line ‘Sea Wolf’ and provide the name in the message that you want for the folks at will call the night of the show. This is good for you and a friend to attend. The show is all ages. The winner will be randomly picked and contacted on Saturday September 18. Good luck and I will hopefully see you there.

Never heard this band before in my life. Apparently a bunch of kids who attended did since many of them jumped on stage (along with Kevin Devine’s band) to help sing the last song of their set. This show took place on a Stanley Cup Playoff night and half the audience were more interested in the game being shown on the big screen. A word of advice to bands playing Pittsburgh, don’t be all smug and diss the city’s sports teams to the audience (you listening John Doe?) as lead singer Charlie Brand was doing all night. Not the most secure way to sell merch if you act like a condescending jerk towards the city you are playing in. Just sayin’.

BB&TDH are basically Kevin Devine’s band. They played a set before Kevin came out for his. I didn’t know one song, which makes it more difficult to enjoy but he was good regardless.

As part of the conference, songwriter’s took the stage at The Altar Bar throughout the day to break up the monotony of the panel discussions. Local phenom Maddie Georgi played a short set and exuded amazing confidence and professionalism especially for being only 16 years old! She made national noise as a runner up in the CMT Music City Madness online contest. Not bad for a teenager. Talk about a bright future.

Discovering a new band is an exciting thing for me. When it occurs in a live setting is thrilling. These rag-tag neo-hippies who I never heard of weren’t even scheduled to be on the bill but stumbled onstage and delivered a fun and energetic set. They are somewhat local (Johnstown-an hour and a half away) and I would love to see them play again. C’mon, their Myspace Influences list pretty much says it all!

This showcase was part of The Sardonyx Music Conference that was taking place all day at The Altar Bar. Several musicians performed three tunes in a round robin setting. Ben’s stuff sounded extremely sweet unplugged. I especially dug a new tune he played.