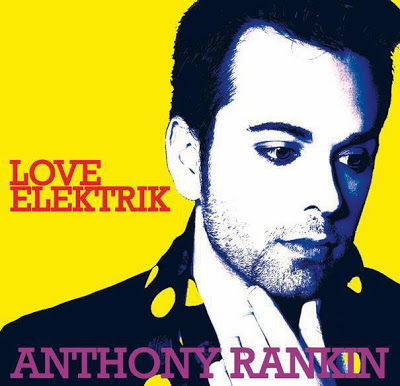 “An electric performer who conjures comparisons to Bruno Mars, Anthony Rankin is a graduate of the old school: a faithful
student
of classic R&B and pop. If Mars is the closest thing in 2013 to
Michael Jackson circa Thriller, Anthony Rankin is vintage-correct Purple
One: a virtuosic multi-instrumentalist, obsessive self-producer,
exhilarating entertainer, and anything-but-average songwriter.”

Check out Anthony at his official Website, Facebook, Twitter, BandCamp and YouTube. Anthony, a Pittsburgh native, who is already an established songwriter in the country-pop world, is now starting his own musical journey with the first release in a series of EPs entitled, “Love Elektrik Part 1“. Subsequent installments will be rolled out throughout this year and I want to thank him for taking a few to participate in this edition of First/Last.
The first album you ever bought?
“The Seeds of Love” by Tears for Fears.
Your last album bought?
“Flex Fantasy” (EP) by AVAN LAVA.
Favorite album of all time?
“Sign ‘O’ the Times” by Prince.
Least favorite/most disappointing album?
Bon Jovi’s latest album, “What About Now”.
First concert attended?
Counting Crows, ‘Recovering the Satellites Tour’ (November 1996,
Pittsburgh).
Last concert?
Taylor Swift, ‘Red Tour’ (August 2013, Los Angeles).
Favorite concert ever?
Tie between:
Bruno Mars, ‘Moonshine Jungle Tour’ (August 2013, Indianapolis) &
Prince, ‘Musicology Tour’ (April 2004, Pittsburgh).
Least favorite concert?
Bob Dylan, ‘Never Ending Tour’ (October 2012, Las Vegas).

Favorite thoughts,
experiences about Pittsburgh?
Pittsburgh was a great city in which to grow up and cut my teeth. I lived there
for 25 years, so I have way too many thoughts and experiences—positive and
negative—to boil down to a singular answer, LOL. For better or worse, it’s the
town that gave me a start in the music business, and it’s where I earned a
fantastic musical education. I’m not overly nostalgic about my hometown like
most people I know from the area, but my family is there and it will always be
where I come from. I find a certain pride in that. I don’t think it will
ever become a “music town” in the way that its identity is
sports-driven, but the region certainly doesn’t cease to produce talent in the
arts, year after year.