“Chewing bubblegum and rock ‘n’ roll, and we’re all out of bubblegum.”

Bad Custer is a Pittsburgh based roots rock trio that aren’t afraid to get a little too loud. Find out what I am talking about tonight as the band hits Howlers with End Men and Carney Stomp. My thanks to Jesse Davis (Guitar/Vocals) for taking the time to participate in this edition of First/Last. 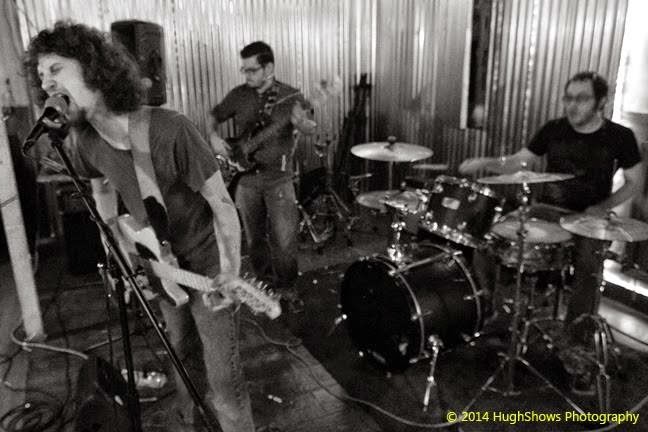 “Greatest Surfing Songs” by the Beach Boys. Easily the best album to listen while surfing, if that sort of thing were possible.

“Traveling Wilburys Vol. 1”. Replaced a lost copy. It was a good decision.

Bob Dylan “Live 1966”. This is always a difficult question and, while it’s not a studio album, it’s probably the one album I’ve listened to the most. Every single time I hear the audience member call out, “Judas!” at Dylan, and his response of snarling, “I don’t believe you, you’re a liar,” before turning to his band off mic and yelling, “Play fucking loud!” and breaking into a raucous version of ‘Like A Rolling Stone’ I get chills.

Dream Theater. All of it.

Bob Dylan with The Raconteurs in Philadelphia.

Either a band named BJ who spent most of the time drunkenly giving “big ups” to Tommy Maddox, or the Red Hot Chili Peppers. I can’t decide which was worse.

Pittsburgh has really become a great artistic town and it’s awesome to see such a burgeoning music scene happen. There’s a lot of great talent and ideas being born here and it’s a pleasure to live in a place that has become a city of the sciences with a vibrant art culture.

Thanks, Jesse. That ‘Judas’ incident is such a great moment in Dylan history… hell, rock and roll history. So great it’s actually caught on film.