Farm Aid returns to the Pittsburgh area this Saturday (9/16) with a stacked all day lineup that promises to be an amazing time. Prior to that there are several events associated with the show that highlight the need for this ongoing charitable program now on it’s 32nd year.

A full list of happenings can be found here, although if you are into music as much as I am, you want to head on over to Wigle Whiskey Barrelhouse Friday night for the official Farm Aid Eve Pre-Show catered by Kimberly Ashlee utilizing food from local family farmers and featuring a performance with Bloodshot recording artists Banditos.

Long a fave of this blog, the Birmingham/Nashville honky tonk,rock band is touring behind it’s fantastic sophomore full-length, Visionland. 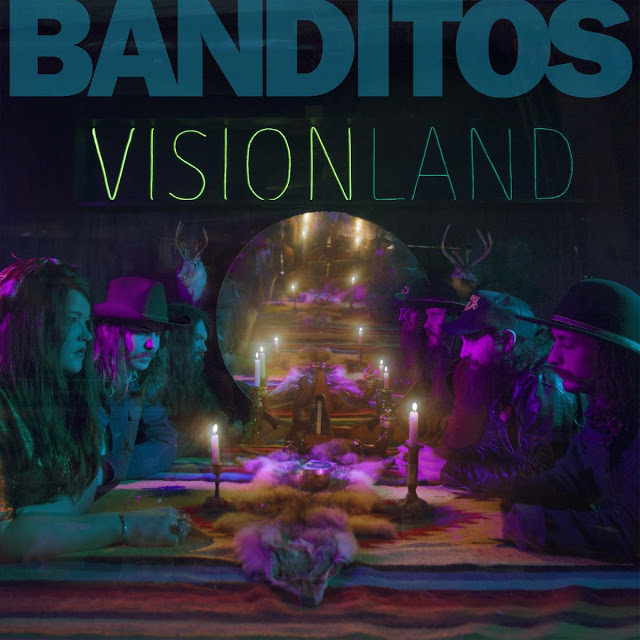 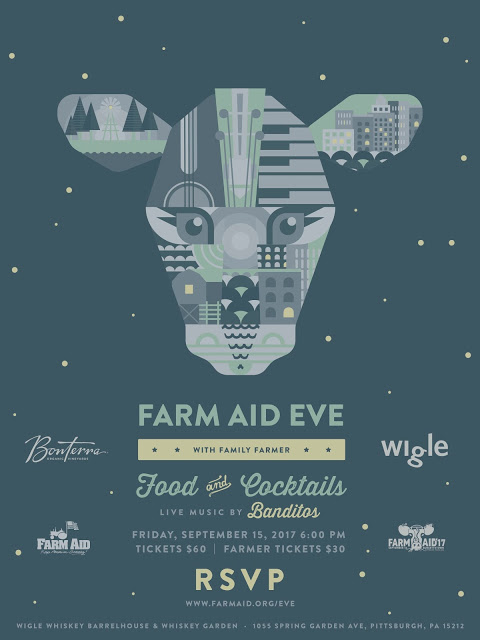 “Banditos are famously eclectic, paying tribute to a little Aretha here, a little CCR there, with a tidbit of Squirrel Nut Zippers packed around the edges. While such a myriad of influences would bury a lesser band in tuneless muck, Banditos use their disparate influences to forge a more assured identity. Though they recall a dozen bands, they sound like none so much as themselves. The instrumentation is as ambitious as it is deftly executed, mingling upright bass with kazoo and banjo while the soul-spangled howl of frontwoman Mary plays counterpoint to a deceivingly sparse guitar, drenched in a quantity of reverb and delay not often associated with “danceable.” All this would mean crap if Banditos couldn’t play, but these mothers can choogle. It’s always the mark of a good band to be able to play the hell out of three chords and a breakdown, and Banditos shake it down like John Fogerty. Honestly, their shows are such burndowns of shimmying shins and stomping heels they should carry warnings for bone spurs.”

Check out the band at their official Website, ReverbNation, Facebook, Twitter, YouTube and BandCamp. Continuing today with my coverage of the ongoing Paste 50 States Project, I bring you straight from Alabama, Banditos. This band is infectiously fun and could only imagine their live show. I want to thank Timothy Steven Corey Parsons (Guitar/Vocals) for taking the time to participate in this edition of First/Last.