“Before You is an American pop punk band comprised of Philip Arena, Bret Pusateri, Jason Capela, and Jed Dixon. Based in Pittsburgh, the band is built with musicians who are all veterans to the local music scene; having spent time in various other bands before coming together as who they are today in 2011. Before You is currently focusing on promotion for their debut EP, ‘Meet Me At Whisper Lake’ which was released on February 21st, 2012. The band has planned to release a music video before the end of 2012 and has plans to write some new songs for release in early 2013.”

You can find the band on it’s official Website, FaceBook, Bandcamp, Twitter, Instagram, and Tumblr. They are performing this Friday at the Moose along with The I Drive for the early show at 6:30 p.m. My thanks to Philip Arena (Vocals/Bass) for taking a few minutes to participate in this edition of First/Last. 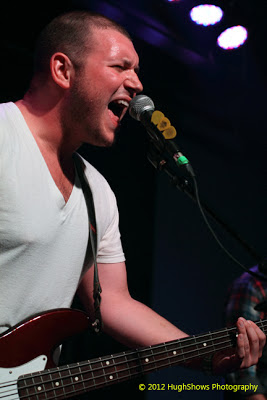