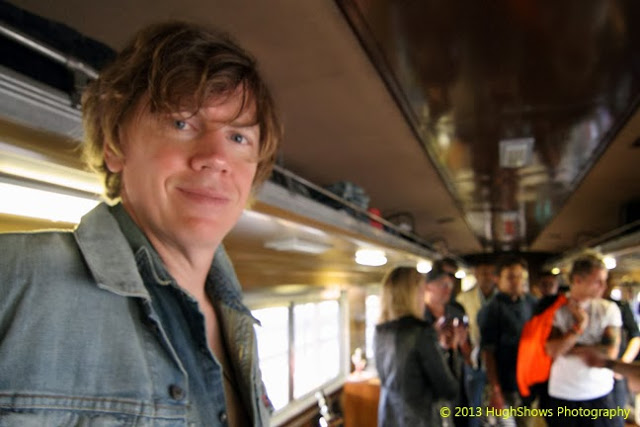 As I pull back the reigns of attempting to see every band at every venue on every night of the week, I continue to realize that it’s not quantity but quality that counts. 2013 had many great moments for me and next year as I celebrate a decade of doing this, I know I won’t come close to seeing 186 bands at 56 different venues as I did this year. I will be concentrating on presenting quality Pittsburgh music through the HughShows Live @ Eide’s concert series. Please consider joining us every month and as always… SUPPORT LOCAL MUSIC!
2013 Pittsburgh Albums 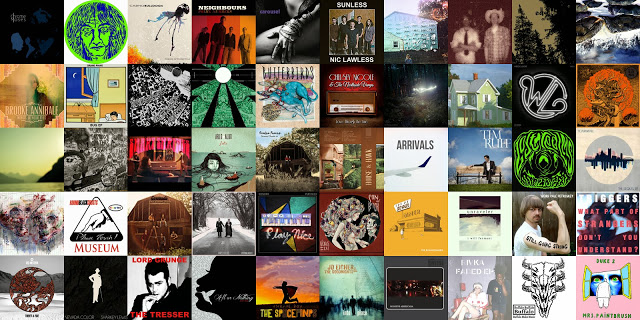 Posting over 300 First/Lasts in 2013 has it’s obvious advantages. I get to be exposed to a ton of cool music out there and many times I am struck at how good most of these bands are and wonder how I would have never discovered them without doing the blog. Here are a few that have changed my musical world this year. Maybe they will change yours too.
Mutts / One Mile an Hour / The Happy Jawbone Family Band / Sleepy Kitty / The Stargazer Lilies 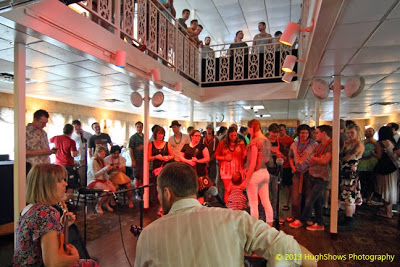 Three Hour Tour / Sunday, June 30th / Gateway Clipper Fleet
There have been Pittsburgh bands playing on a riverboat since forever. The difference this day was these were ‘our’ bands. The best of what local indie music has to offer crammed on an afternoon cruise down the Mon. Organized by Round Black Ghosts’ Aaron Shafer, the line-up also included Josh Verbanets & Jody Perigo, Chet Vincent & The Big Bend, Grand Piano, and Shelf Life String Band. Cross your fingers for a round deuce this summer. 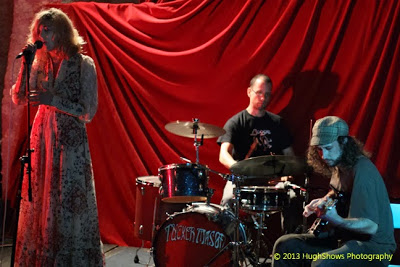 FKT / Wednesday, July 31st / The Shop
FKT is the name given to this one-off performance of The Van Allen Belt as a trio, minus bassist Tom Altes. I can’t tell you how much I love the intentional ‘weirdness’ of this band, but here they stripped down and brought a subtleness to their music that really blew me away! I still can’t believe I won’t ever be seeing them perform this way again. Never say never. 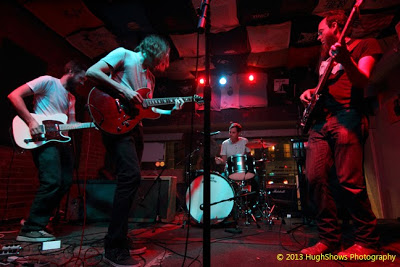 Ghost Horse Comanche / Tuesday, July 23rd / Howler’s Coyote Cafe
Speaking of one-off performances, this ‘supergroup‘ composed of Chet Vincent, Rob Collier, Madison Stubblefield and Jason Lawrence somewhat quietly debuted in Pittsburgh before embarking on a short tour before just as quickly disbanding. The set almost had the feeling as a drunken goof but the music was intense and honest and so fantastic! C’mon boys, you gotta do it again… for Pittsburgh! 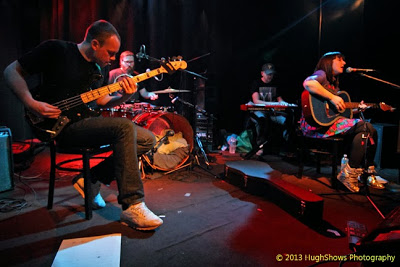 Donora / Tuesday, January 29th / “Play Nice” EP Release
It’s weird to say but since I first saw them perform back in 2008, this is the first time I have seen Donora only once in a year. This was also the first time I saw them ‘acoustic’ and as a quartet, with Cold Weather’s Mark Ramsey rounding out the sound. Man, this set was incredible. All the songs I know and love played with a loving care and purpose that transcended the versions that are so familiar to me. O.K., I may sound somewhat of a jack-ass but ‘The Chorus’ was the best thing I ever heard them do. 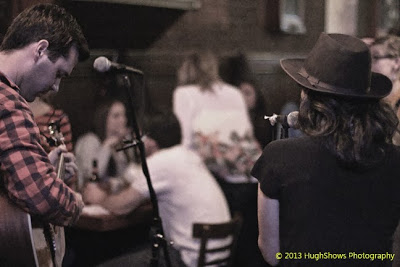 Greg Dutton and Liz Adams / Saturday, February 10th / The Park House
Having seen Greg open for Donora a few weeks prior, I realized that he wasn’t really playing out at all that much and asked him if he would be cool enough to honor a request to play my favorite song of his which is also my favorite song ever by a Pittsburgh musician, ‘Fainting Goats‘. He reassured me he would and when he and Liz arrived at The Park House to sneak in an acoustic set during The Harlan Twin’s break, I was worried that the non-attentive and extremely loud bar crowd would kill the beautifully understated and delicate vibe of Greg’s songs. Even though it was a blatant mismatch of artist and audience that night, he could have played in a construction zone and I would have come away with the same feeling of witnessing not only my favorite musical moment of the year but quite possibly my favorite of all-time. Thanks so much, guys!
Favorite Live Moments from National Bands 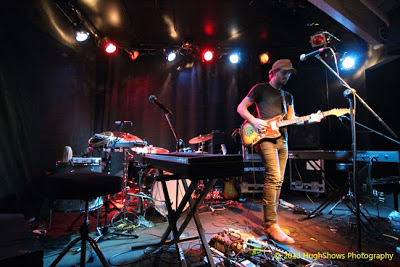 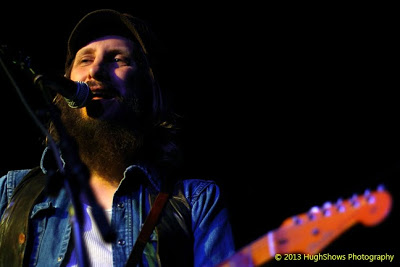 Deadstring Brothers / Wednesday, June 19th / Thunderbird Cafe
Haven’t seen the band in years and they totally brought it as a stripped down trio. 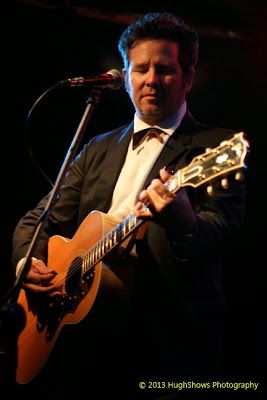 Grant-Lee Phillips / Sunday, May 19th
No opener, no frills. Just Grant-Lee and his guitar for a couple hours. Can’t beat it. 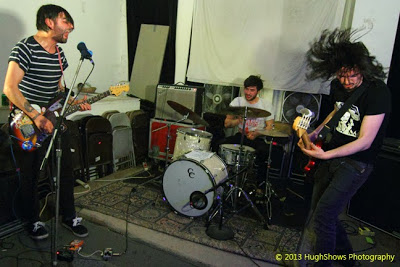 PAWS / Sunday, June 8th / Garfield Artworks
This band is great. Saw them the same night as the incomparable Bob Mould and they were better. 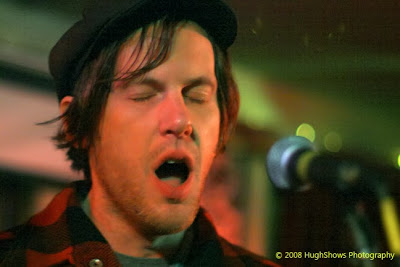 Jeff Mangum / Thursday, January 10th / Carnegie Music Hall
The only show in the last nine years I didn’t take my camera as per the request of the artist. Such a wonderful evening totally ‘enjoying’ a special performance. 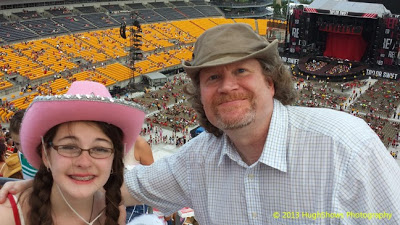 Taylor Swift / Saturday, July 6th / Heinz Field
The ‘I’m missing Deutschtown for this?’ mood quickly turned into ‘How could I be anywhere else but my daughter’s first concert!?!’ It was priceless watching her love for live music blossom before my eyes. Plus, the show was a true ‘stadium spectacular’ that didn’t have me running for the beer garden every two seconds. Back to the kid, I might have created a monster… don’t believe me? Check out MaeShows!
My Favorite Photo of the Year 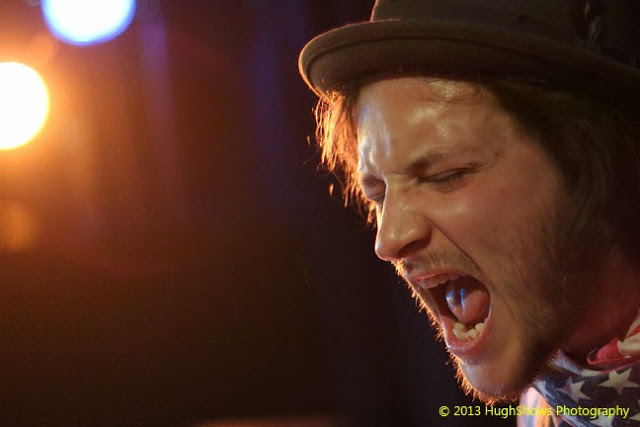 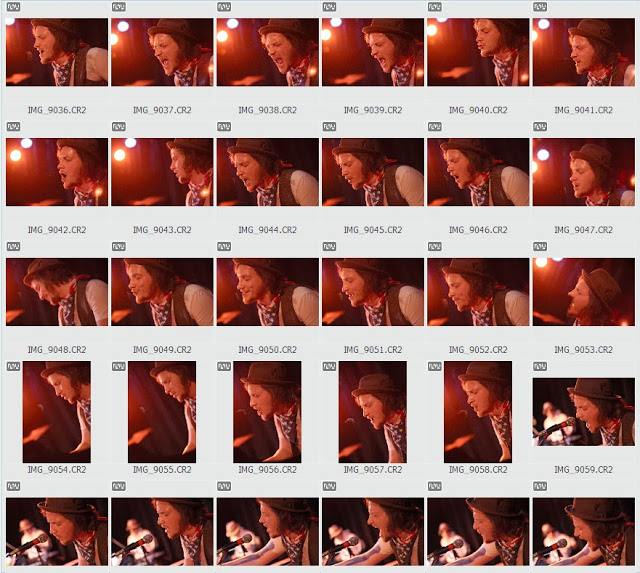