“The creative compulsion to write songs that stir emotion, challenge the mind, and move the tail feathers of the audience is undeniably unique in music today. His performances have become legendary in sheer power and passion. Rock and roll, soul, blues, and gospel so deep the earth moves, and the walls begin shakin’ as Bill Toms and his band start the train rollin. American music never sounded so good. He joined Pittsburgh’s legendary band, The Houserockers, as lead guitarist in 1987. The band’s meteoric rise into the professional music scene enabled Bill to tour the United States and Europe repeatedly. While with Joe Grushecky and the Houserockers he opened for and played with a long and impressive list of notables, such as The Band, Bob Dylan, Bruce Springsteen, Little Feat and Stevie Ray Vaughn. During his 20 years of playing guitar, co-writing, and singing back-up vocals for the Houserockers, Toms recorded six studio albums and one live concert album. In 1995, the acclaimed CD, “American Babylon,” was recorded and produced by Bruce Springsteen.”

Bill Toms and his band Hard Rain are to me becoming a Pittsburgh institution. They have seemingly been around for so long, I forget they are as relevant as when they first started. They have a fantastic new CD out called “Deep in the Shadows” and will be celebrating it’s release this Saturday night (3/28) with the Soulville Horns coming along to the party. You do not want to miss it! I have wanted to feature Bill on the blog for forever and I really want to thank him for taking the time to participate in this edition of First/Last. 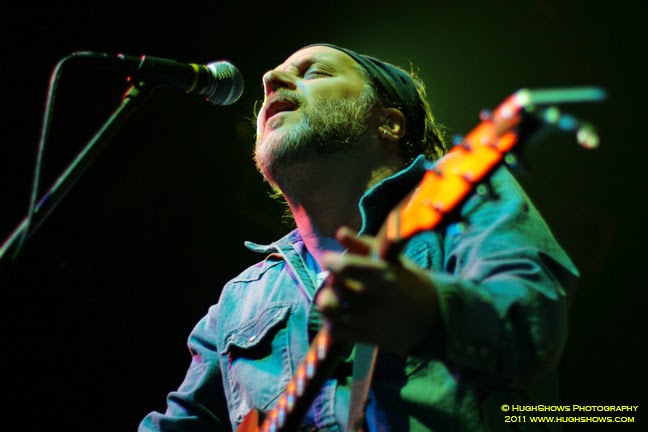 The first album I ever paid for myself (parents buying me The Monkees might not count) was “Chicago VII”. Not much Chicago in my life after that, but there for a minute…

I still play vinyl. So the last album I bought was probably Mike Bloomfield with Al Kooper and Stephen Stills called “Super Sessions”. Recorded in the late sixties. A masterpiece. Timeless.

This is a hard one. The first thing that pops in my mind is Bob Dylan’s “Blood On The Tracks”. But then Marvin Gaye made “What’s Going On”, and The Replacements had “Tim”. The Staple Singers, Chuck Berry… I can go on and on. I love music that has passion, and dirt, and deep soul.

That’s not for me to judge. I could say though, many have disappointed.

I never did a whole lotta concerts. Still don’t. Rather do a smokey rock and roll bar. First one, maybe Jackson Brown or something.

Could be The Replacements at Graffiti about 1985. The one that meant the most though was a concert movie. “The Last Waltz” I seen when The Playouse in Oakland used to charge $1 at midnight on Saturdays. This is probably 1979 and I just started playing in bands. I was shaken to the core. Lead me to this road I still travel.

Went to see Ringo’s Allstars at The Starlake years ago. Ringo came out and did his stuff, which was cool as hell. He just put out a new record. Just when you were getting into a groove, all the others in the band started playing their hits. It was like a top 40 band after that. We left. It’s a shame, cause Ringo would be a great concert doing Ringo Starr songs.

I’ve lived here all my life. My thoughts reach back to my parents and grandparents. Very hard working group they were. I started playing music because I realized early it gave me my purpose. Even if it was only in my mind, I felt that there was a reason for me. The people in Pittsburgh remind me of folks who are on a mission. Get through the work day to reach the weekend. Get through winter to reach spring, etc. You can’t be a snake oil salesman around here. Honesty and heart is what matters in music here. I think this has made me a better artist. It is a gift that true Pittsburghers give. They can see through phoney. They understand the power of truth. When I travel around North America or Europe, I am very proud about the history we have. Pittsburgh is still seen as a hard as nails, working class town. No better place to come from if you’re a writer. The subject matter is deep. It’s all there for the taking. I’ve had the best gigs here. And the worst. It’s my home.

Thanks, Bill. The album is really great, man. I also second the love for ‘The Last Waltz’. I think anyone who saw it in a theater during it’s initial run was forever changed.