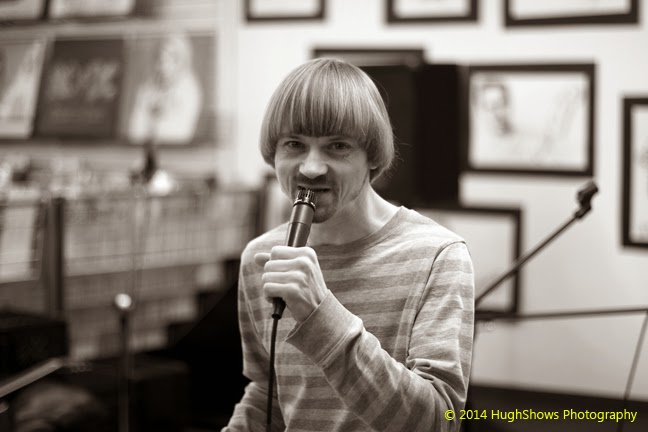 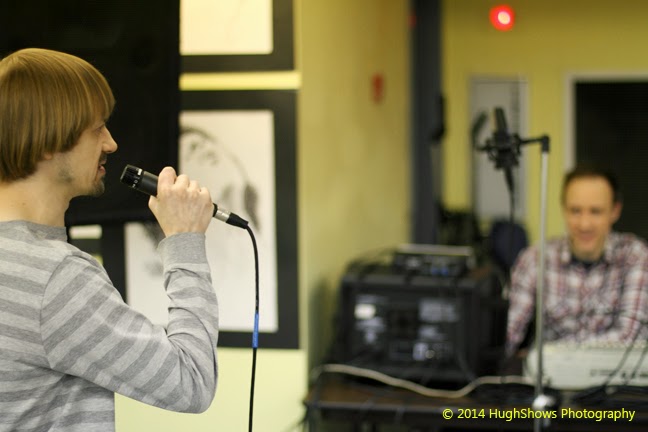 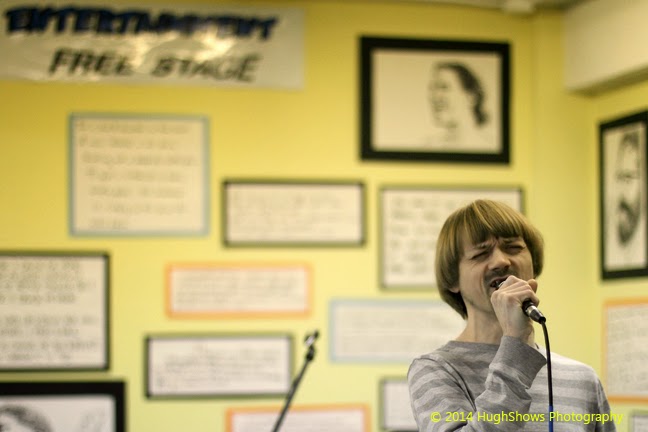 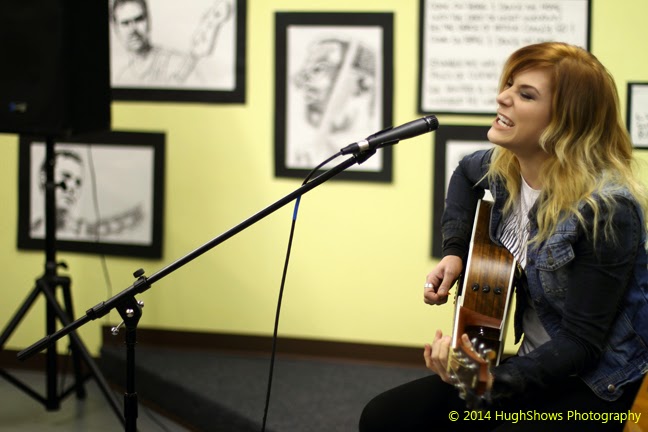 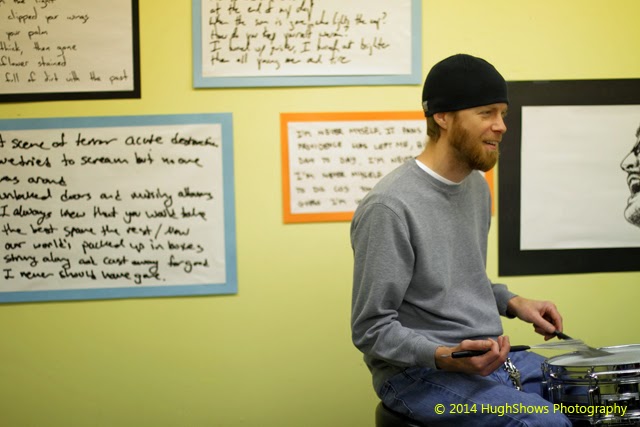 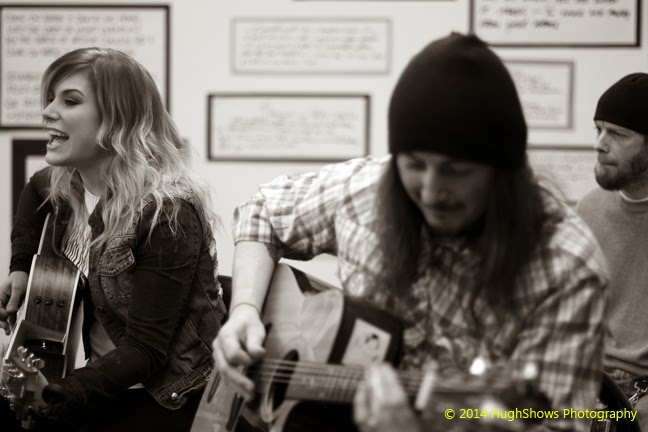 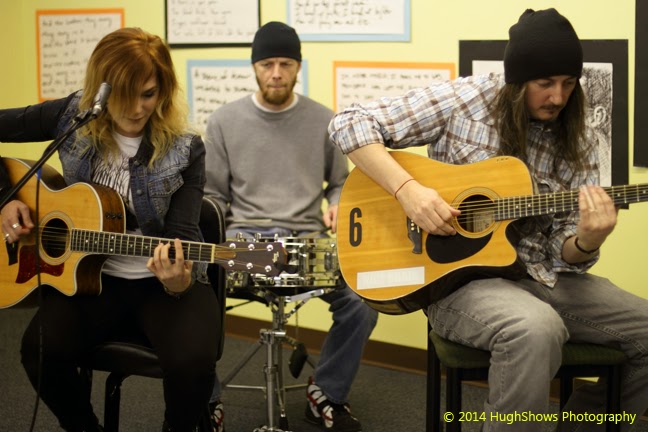 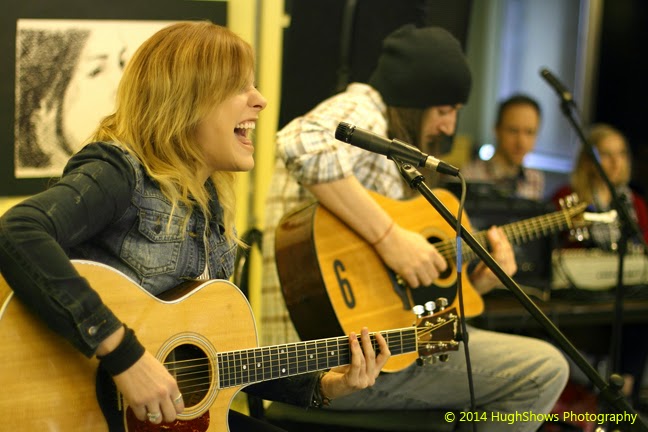 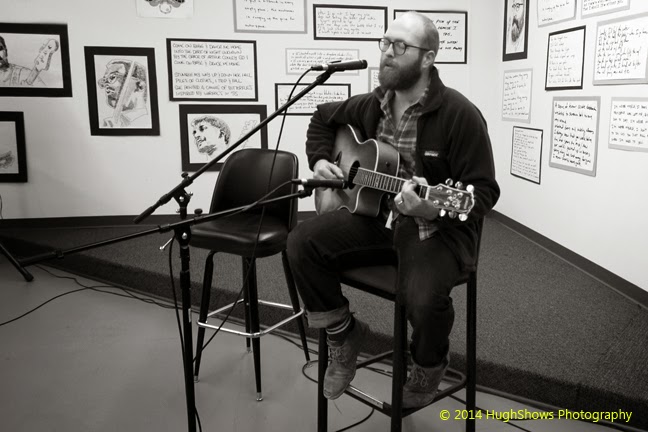 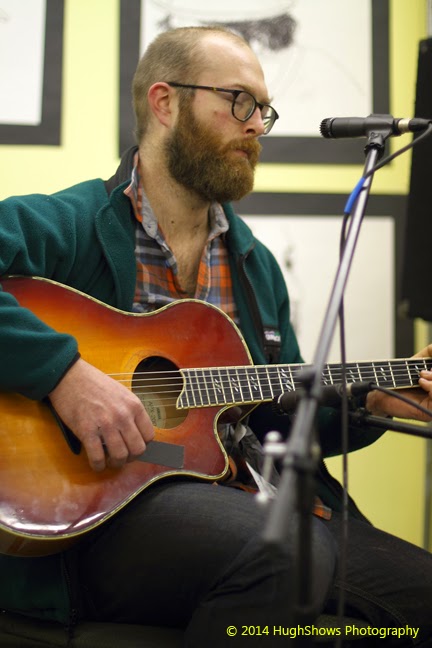 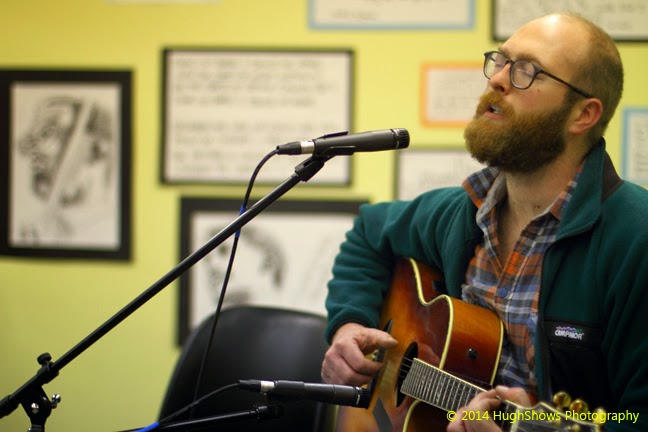 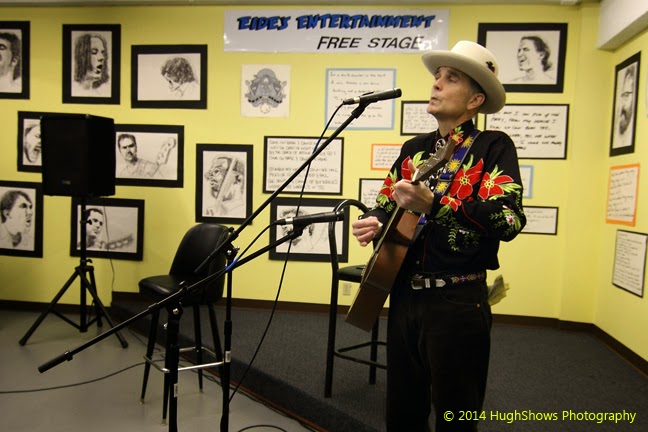 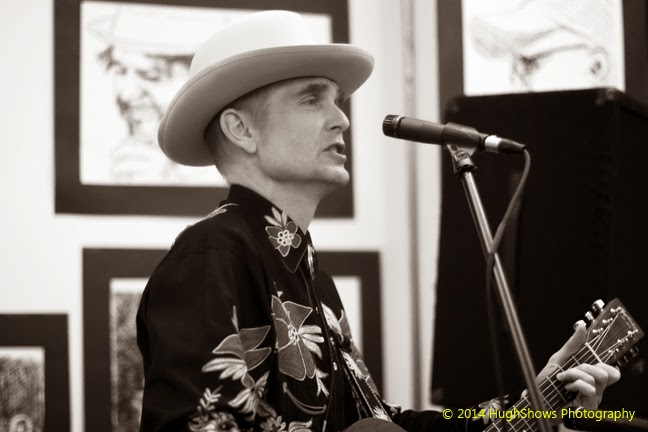 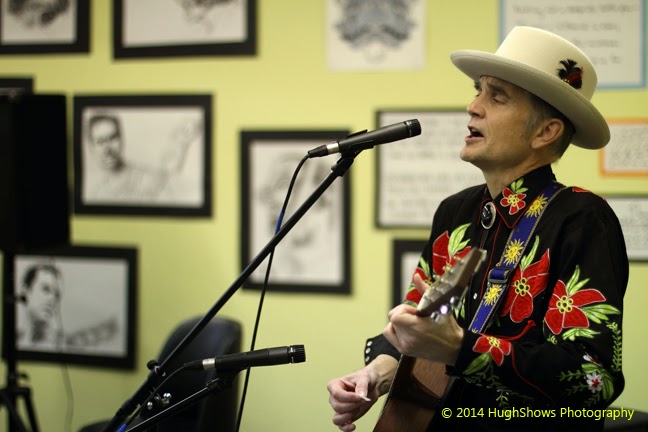 I was out and about on Friday and received an email blast from the band reminding me they were at the T’Bird. It’s been too long since I have seen them and popped in for a little bit. Looking forward to new music soon from the band.

Mark is the patriarchal guitarist for this ‘family’ band. Brewer’s Row have a sweet gig tomorrow night in Sarver, PA. They also play an afternoon concert in a Northside park on July 24th. They are great and it’s been too long since I have seen them. The next time I do see him, he promises to explain his story about THE Woodstock festival and a tuna can. Can’t wait…I think? Mark was kind enough to participate in this latest installment of First/Last Friday.

I was late getting into the album-buying game. My friends and I did singles, rationalizing “Why pay money for all those other songs you’d never heard?” The first single that I remember ever buying (at the National Record Mart in the Northway Mall) was “Incense and Peppermints” by Strawberry Alarm Clock. The first album, I think, was “Led Zeppelin” (I), which I played the crap out of. I still fantasize about playing that guitar part in “Good Times Bad Times”. I may be remembering wrongly on both counts – it was a while ago.

You’d think this would be an easier question to answer. I think it was Eliza Gilkyson’s “Paradise Hotel”. Top track – “Is It Like Today”. I can’t wait to get my mandolin back up and running.

All things considered, Van Morrison’s “Moondance”. On an emotional level though, “Meet the Beatles”.

Disappointing albums should be like lost hockey games – quickly forgotten and not kept track of.

In the mid to late sixties, KQV put together a series of shows at the Civic Arena called the “KQV Shower of Stars”. Each one must have had seven or eight acts doing three or four numbers each. I went to a bunch of these, but they kind of blur together. One act that stands out in my memory – Sam the Sham and the Pharaohs (mainly because of the Shamettes, I suppose).

Ray Lamontange at the Rex, back when there were seats. I guess I don’t get out much.

Bar shows count? Citizen Cope at Dowes on Ninth in 2005.

See “Least favorite album” above. We’d all be better off with less grudges held.

I’ve spent a lifetime – literally – growing up, going to school, going to college, working, all within about a ten mile radius of 15101. Since our youngest boy started at Pitt, though, and two of the other kids came back from college and decided to live in the city, my wife and I have spent a lot more time there. Now I feel like we missed out on a lot, living as much as we did out in the suburbs, and I’m trying to make up for it.

Thanks so much Mark. Bars shows do count, although it’s worth pointing out that Citizen Cope’s next show in town is at the Byham! Also, that Eliza Gilkyson tune is actually a World Party cover. If you don’t know World Party, check them out. Now, about Woodstock?

I love seeing bands in unusual places. A restaurant in a strip mall on a weeknight might be one of the strangest yet. Luckily, I had the next day off and could catch most of their set. They played a handful of new tunes that sounded great and I must mention how I really dig Nicholas’ guitar playing. My man can shred! This band can play for three hours without repeating any songs. Not many bands around here can match that.

Mark from the band sent out a Myspace bulletin that they were playing during the marathon…at 7:45 A.M.!!! “What we have in mind is breakfast on the go for 10, 000 people!” Needless to say it was a slow, easy start for the group since they had two hours and change to fill. I eventually had to go out on the course to try to catch my buddy in the race and I could still hear them playing somewhat but man were they smoking! They sounded like a ripping jamband. Good stuff indeed. BTW, my buddy ended with a 3:57:04 time. Way to go Joe! 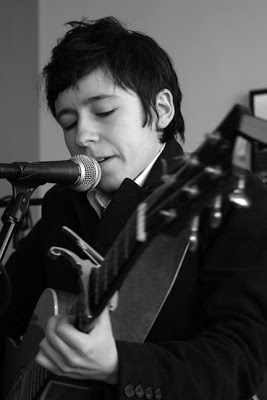 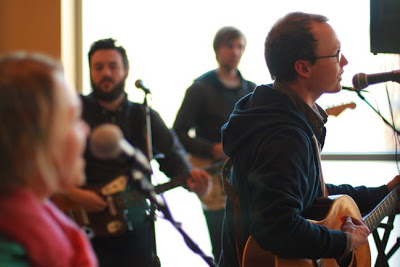 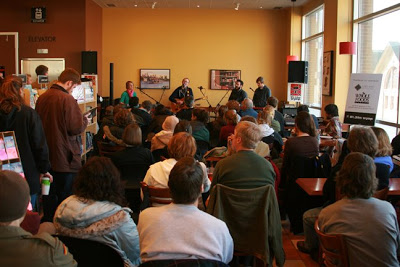