“Brian Lisik was born and raised in Akron, Ohio – the dour, post-industrial landscape that gave rise to a varied, yet familiarly gritty, music and artscape including the likes of David Allan Coe, Devo, Rachel Roberts, Chrissie Hynde, the Black Keys, filmmaker Jim Jarmusch, and Television guitarist Robert Quine. Plans are also in the works for the 2013 release of a career-spanning Lisik documentary film entitled On the Wrong Side Of The Canal, and a live performance video of a July 2012 show at Buzzbin Art and Music Shop in Canton entitled Save Me From My Life. The long stretch between Happiness and Mess has been well documented in press coverage of the latter album, but Lisik was far from idle during that time. A number of live and studio recordings of new songs found their way onto a variety of cd compilations over the six-year span, and Lisik’s show schedule has remained consistent – some would say exhausting – with the Happiness tour logging more than 400 stops, both solo and with his band, now affectionately dubbed The Unfortunates.”

Check out Brian at his official Website, Facebook, ReverbNation and Twitter. The singer-songwriter’s latest release is from 2012 entitled. “The Mess That Money Could Buy“. Brian plays out a lot so catch him if you can. I want to thank him for taking the time to participate in this edition of First/Last. 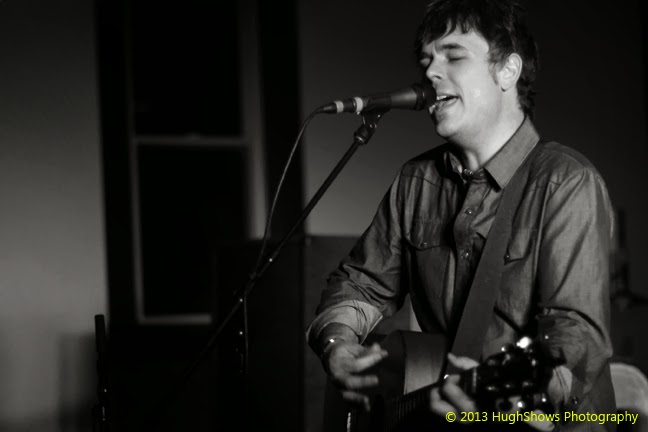 Waylon Jennings “The Ramblin’ Man.” At a Grapevine Records on the west side of Akron. With my own lawn-mowing money. I was probably 12 or 13. Then again, there may have been a Chipmunks record before that.

It was actually a Christmas present for my drummer, The Dropkick Murphys’ “Signed and Sealed in Blood.” But he promised to illegally burn me a copy, so I guess that kind of counts.

That is a tough one and it changes a lot. I used to write for Scene Magazine in Cleveland and collected a lot of CDs from record labels. But probably the one that has stood the test of time best is Nicole Atkins’ “Mondo Amore.” A simply brilliant piece of work. Then again, there is Jack White’s “Bluderbuss.” Decisiveness is not my strong suit.

This one is easier; “21” from Adele. I guess I expected more Amy Winehouse pathos.

I think it was either Waylon Jennings at Ponderosa Park in Salem, Ohio, or John Fogerty at Blossom Music Center. But I think the Waylon one was first. I know at the Fogerty show I sat next to a bunch of older guys with nice clothes and nice haircuts who lit up joints as soon as the music started. And I went to the Waylon show with my mother; I think the old men smoking weed came after I stopped going to concerts with my mother.

The debut show of a new group called Brooke Vitale Dixon that includes former Eagles and Crosby Stills Nash and Young drummer Joe Vitale and Don Dixon – who produced REM, The Smithereens, Counting Crows and a bunch of other bands in the 80s and 90s. A guitar player friend of mine from Canton, Eric Brooke, is the rest of the band.

Best concert, hands down, Jesse Malin at the Beachland Tavern in Cleveland in, I believe, February 2011. But he had also turned in a killer set at the Thunderbird in Pittsburgh in 2010. I go to a lot of Jesse Malin shows.

Probably Maroon 5 at the old Odeon in Cleveland in 2002. I’d interviewed Adam Levine prior to the show and found him insufferably boorish and snobby for a guy touring behind his first record, so I was oddly pleased that the band sucked as bad live as they did on CD. But I did see and meet Gavin Degraw at that show, and he was a great guy and an even better performer.

Not to sound like a brown-noser, but I love Pittsburgh. There seems to be a very healthy live music scene and people really seem to come out and support it. The last time we played in Pittsburgh, we did Howlers with Chet Vincent and the Big Bend, and Grand Piano. It was a Tuesday or Wednesday night I think, and the place was packed and the people were nuts. You don’t get that in too many cities anymore.

Thanks, Brian. Not brown-nosing at all. Just telling it like it is here in Pittsburgh.