“At the core of Brother From Another Mother is the Dyjamic Duo of Dave Hamilton and Dennis Malley. Each of them singer-songwriters in their own right, they discovered a musical chemistry that necessitated the forming of the BFAM collective. BFAM uses the written song as a launch vehicle into the magical improvised moments that are not duplicated from
one performance to the next. In the 15 months since they started playing together, multiple talented artists have joined Dave and Dennis for full-band performances, including drummers Sam Hogan and Dave Resto, and bass players Dustin Becker, Brandon Walsh, and Brian McStay.”

Brother from Another Mother are a Pittsburgh based acoustic duo who will be playing today (6/17) at 4pm at James Street Speakeasy as part of the 24 band lineup for my #HughShows50 blowout. The bands are celebrating 50 Years of the Summer of Love by interpreting songs from the era. This show is free and all-ages. I want to thank the band for specifically playing the gig and for taking the time to participate in this edition of First/Last. 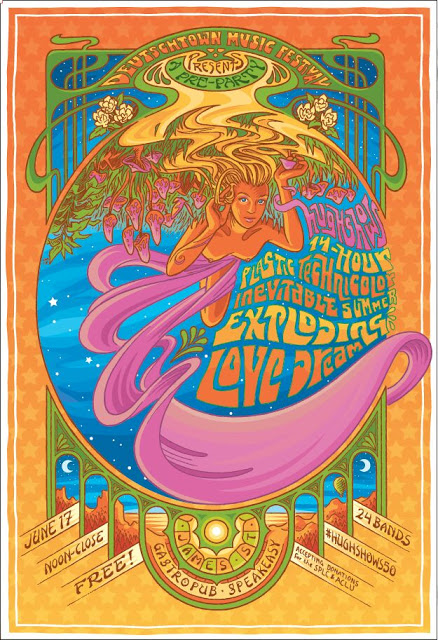 Dennis Malley: Ever actually bought? I don’t know, do those 10 albums for a penny deals count? I’d say my first memory of a “transition” album was Motley Crue’s Theatre of Pain since that was my first transition from easy going poppy stuff of my tween years into the great big world of heavier stuff that would follow.

Dennis: The pledgemusic campaign for the new Wreck Loose album, looking forward to the release show this week!

Dennis: Hoo boy, so may albums were spun into my DNA over the years, on constant rotation over the course of several months at different times in my life. Jane’s Addiction Ritual De Lo Habitual, Frank Zappa Joe’s Garage, Phish A Picture of Nectar, Ben Folds Five The Unauthorized Biography of Reinhold Messner, Mr. Bungle’s eponymous release, just to name a few.

But I’d say Billy Joel’s The Stranger is one that has stuck with me through the days when my mom would blast it on the 8-track way back when.

Dave: Coheed and Cambria – Good Apollo I’m Burning Star IV Volume One: From Fear Through The Eyes Of Madness.

Dennis: Not sure I can think of a specific example here, but I’m usually disappointed by a new release when I realize the band is going to stick to a formula instead of growing and evolving and showing some new facet of their songwriting and composition.

Dennis: Dokken opening for Aerosmith, I think I was 14. Went for Dokken (they were my all-time favorite at the time), but Aerosmith also really rocked the joint.

Dave: P.O.D. HED P.E. Project 86 and Linkin Park at Metropol in, I believe 2001. Linkin Park was one of the opening bands. No-one knew who they were!

Dave: Raggoo Festivoo 8 in Slippery Rock, Pa featuring some of the best local bands Pittsburgh has to offer.

Dennis: I’d have to say Phish at Palumbo Center in 1994. I was a big fan of their studio stuff and had no idea what their live show was like. They opened my eyes that night. A close second was Jane’s Addiction at The Metropol, just because it was so random that a group of my friends showed up to pick me up unannounced and said “you need to go to this show!” And indeed I did.

Dave: When I opened for The Devil Wears Prada at Mr. Smalls with my metal band Oh No! The Afterlife.

Dennis: Probably Bon Jovi with Nickelback, it was a bucket list concert for my Mom, but my god we were unfortunate enough to get there early enough for the opening act. And honestly this isn’t the typical fashionable Nickelback hate – the sound for these guys was just an awful, boomy mess.

Dennis: Over the past several years I’ve put some serious effort into getting “out there” more in the music community. Whether it’s setting up a gig, playing at a festival, open stages, or running sound – I’ll tell you, the musicians in Pittsburgh are not only super talented, but they are all super friendly as well! We have something really special going on in this city and I’m so glad to be here to watch it grow. Every time I go to check out a local band I’m just floored by the fresh original sounds that keep coming from all of these amazing beautiful people and I’m glad to be getting to know so many of them!

Dave: The evolution of venues, artists and the music played within city venues such as The Funhouse at Mr. Smalls. There’s a passion and love for the scene that seems to grow.

Thanks, fellas. See you soon!