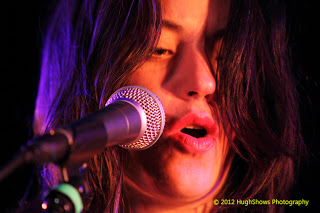 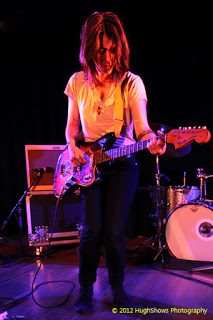 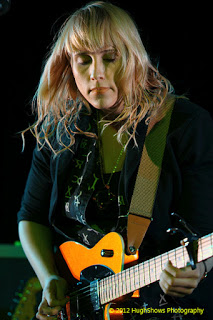 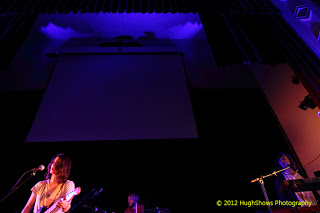 I love being at a show and recognizing a song that the band is playing from someplace deep in my memory. I cannot tell you where I heard the tune before but it becomes instantly familiar. That was the case as Ra Ra Riot performed their third song of the night. I never saw them play and I don’t know their music all that well, but I have heard and liked ‘Too Dramatic’ and it becomes a sweet little moment for me. You can check out more of my photos from the show here.

Only the second time I have seen the band but have been digging their debut release for awhile so it’s always nice to hear live arrangements of familiar tunes. Strange venue for the band though. The austerity of lecture hall has the audience ‘sitting on their hands’ for every show I have seen there. The band seemed a bit taken aback from the drop dead silence in between songs. Regardless, they soldiered through with a terrific set. I am sure the vibe was quite different at the sold out Brillobox gig this past weekend.

Presented by Calliope, what amazed me is that Patty is celebrating her 25th year as a performer. I hadn’t realized she had been around that long. Along with opener Merrie Armstrong, the crowd ate up her solid acoustic folk.

Incredibly sweet ‘wooden’ music from the guys. Little old me got a shout out from the stage…thanks fellas. Some audience members scored some video action here.

As promised, this show was great. I always enjoy seeing Dean & Britta. What made it extra awesome was the venue. Not a bad seat in the house and the acoustics were fantastic. Hopefully the Warhol books more shows there. More pics here.