“Everything moves in cycles, an unstoppable circular motion. This idea is inescapable in our daily lives. From day to night, summer to winter, and life to death, change is inevitable. The wisest of us accept it and do our best while we hold tight to this giant rock hurtling itself around the sun. The best artists embrace change and channel it with all of the joy, terror, excitement, and sadness these cycles bring. Chris Rattie’s debut album All These Things is born of that acceptance and embrace. There are songs like “So Long”, yearning for the hopeful change of moving onto new places. Opposing this is “The Way it’s got to be”, about a man who has worn out his welcome. For his own safety, he has no choice but to move on. There is the angry ”Burn em’ Down”, boiling over with fury at the injustice in the world, at a society unwilling to change and content to sleepwalk through it all.”

Check out the band at their official Website, Facebook, ReverbNation, YouTube and Twitter. The former drummer of The Rustlanders is releasing his debut solo album, “All These Things” with a gig at the Thunderbird Cafe this Friday with friends of the blog Brewer’s Row along for support. My thanks to Chris for taking the time to participate in this edition of First/Last. 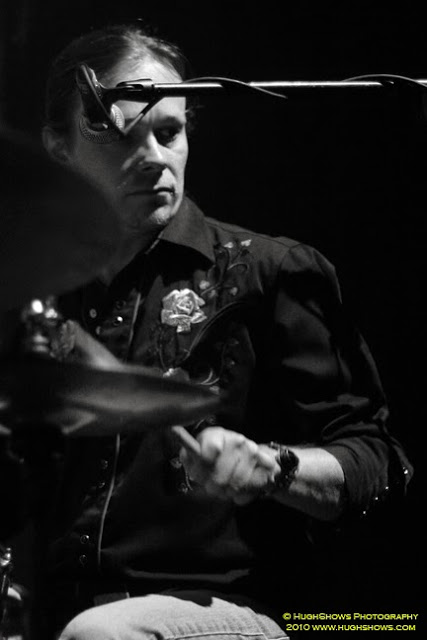 Kiss, The Peter Criss “solo” album. The Ace Frehley one is way better, but to my 6 year old mind Peter Criss was the drummer and drums are awesome, end of story, so cut me some slack! I was with my Grandparents in Boscov’s department store at the Laurel mall in Hazleton. I was not leaving that store without that album, it was not an option.

Creedence Clearwater Revival “Mardi Gras”. It’s got a really cool cover but I think those guys were out of gas by the time they made this one. Except for ‘Someday Never Comes’, that’s a really good song. I’ve also recently bought Television’s second album “Adventure”… I like the first one better…. and The Sex Pistols, real good one.

That is an absurd question to ask a musician! If I have to give a short answer and can only pick one, it’s got to be Bruce Springsteen “Darkness on the Edge of Town”. That album has kept me company for a really long time. It seems to age with me. The meaning shifts with the context of whatever happens to be going on in my own life. That’s some pretty powerful art if we are going to get all high minded about pop music. Most importantly though, it has some power house, kick ass, Rock n Roll pressed into the vinyl.

Ya know… That new Jonas Brothers album REALLY let me down. Don’t get me wrong though, I’ll keep buying the merchandise, all the cologne and what not. ‘ll still watch their sitcoms and stuff. I love those guys, and Beiber too.

8th grade, Hershey Park Arena, Guns n Roses with Skid Row. It was the day before the last day of school. I went with my two buddies, Jamie and John. We thought we were so bad ass. It was the “Use Your Illusion” tour, the height of Axl Rose rock star drama. I remember waiting in line outside of the stadium and hearing someone line check the bass drum. HUGE SOUND! That was game over for me. I was relentless about getting a drum set from that day on. A few months later I traded a friend 2 Nintendo games for his drums. Honestly, the set was only worth one Nintendo game.

The last “proper” concert where I actually bought a ticket was Gillian Welch at Union Transfer in Philly. She’s an amazing songwriter and performer. You can hear a pin drop in the audience while she plays, absolutely mesmerizing. That’s a pretty strange thing to experience in a bar.

This is another impossible question! I’d have to say it’s a close tie. Gillian Welch again at the Bowery Ballroom in NYC. This was close to 10 years ago now, but I don’t remember exactly when. I do remember that I left the show absolutely inspired. I bought a guitar soon after and began taking song writing seriously.

Lucinda Williams, House of Blues in LA, around 2004. I was recording some demos with my old band out there. It was a Monday night and we scored some free tickets. We were 4 of about 30 people in the audience. We were shouting requests up to the stage and the band obliged. It was my first time out to the west coast. At the time it felt like everything was riding on those demo recordings. We were sure we were about to get a record deal… I’m not sure record deals actually exist anymore. Anyway, that particular concert is wrapped up with a ton of exciting and happy memories.

Easy. Phish at Star Lake. A friend bought me a ticket so I had to go. There was some sort of “off the cuff”, highly unorganized bake sale in the parking lot. I think the brownies I ate had something in them. Luckily they put me to sleep. I’m pretty sure that their music gave me a toothache that night. Sometimes I wonder if they’re being annoying on purpose.

My good friend Corry lives in Pittsburgh. He and I toured together a whole bunch in The Rustlanders. Every tour started with driving to Pittsburgh and picking Corry up. So, ‘the burgh’ has always been a sort of jumping off point to a number of cross country Rock n Roll adventures. We’d leave Corry’s house in the morning and as we came down the hill, around the bend, and onto the highway, the whole city would open up, a beautiful view of rivers and bridges. There was always a bunch of excitement and positivity in the van in those moments.

I’ve played a whole lot of shows in Pittsburgh and I’ve always had a great time. The audience is always full of good, down to earth kind of people, ready to throw down and have some fun. I’ve been invited into people’s homes and offered many a couch to sleep on after shows. One time, some folks bought my band a “welcome” cake from the Giant Eagle. We served it up to the audience on set break. It was delicious.

Thanks, Chris. I’ve seen your former band quite a few times. Great to see you making it out on your own.