“Passionate about stunning the crowd with her abilities and talents the band is fronted by Jessica, a wide ranging, screaming and operatic stylist. Jessica also plays lead and rhythm guitar reminiscent and inspired by the likes of 80’s guitarists Randy Rhoads and Dave Mustaine, along with current guitar virtuoso John 5. In addition Jessica is classically trained flutist and is a lyricist and composer for the band.“

Dematus is a melodic metal trio based in Pittsburgh. Originally from Missouri, the band is self-described as what you would get if Evanescence and System of a Down had an illuminate love child. The band next take the stage in support of their latest EP Side Show tomorrow night (Sat 1/18) at a Tree of Life benefit show at the SUB Alpine Society in Turtle Creek along with Haven State, The Whelming Waters, and Leprosy. I want to thank Jessica AKA Anastera (Guitar/Vocals), Brian AKA The Digger (Bass), and Ryan AKA Count Fuckula (Drums) for taking the time to participate in this edition Of First/Last.

The first album you ever bought?
Jessica: My first album that I bought myself was Slipknot – Iowa.

Your last album bought?
Ryan: Korn – The Nothing.

Favorite album of all time?
Jessica: For now it is Starset Divisions, I have been listening to that CD nonstop. I’m obsessed!

Last concert?
Ryan & Brian: September Mourning when we opened up for her.

Favorite concert ever?
Brian: Sounds Of The Underground, 2005.

Least Favorite Concert?
Jessica: Marilyn Manson and Slipknot at Burgettstown Pennsylvania just because the power went out and the show got cancelled. Was looking forward to seeing Marilyn Manson’s full set, never seen him perform before that.

Favorite thoughts, experiences about Pittsburgh?
We all enjoy meeting and playing with a lot of good local bands.

Thanks, all. Looks like a great lineup for a great cause tomorrow night. Can’t lose. 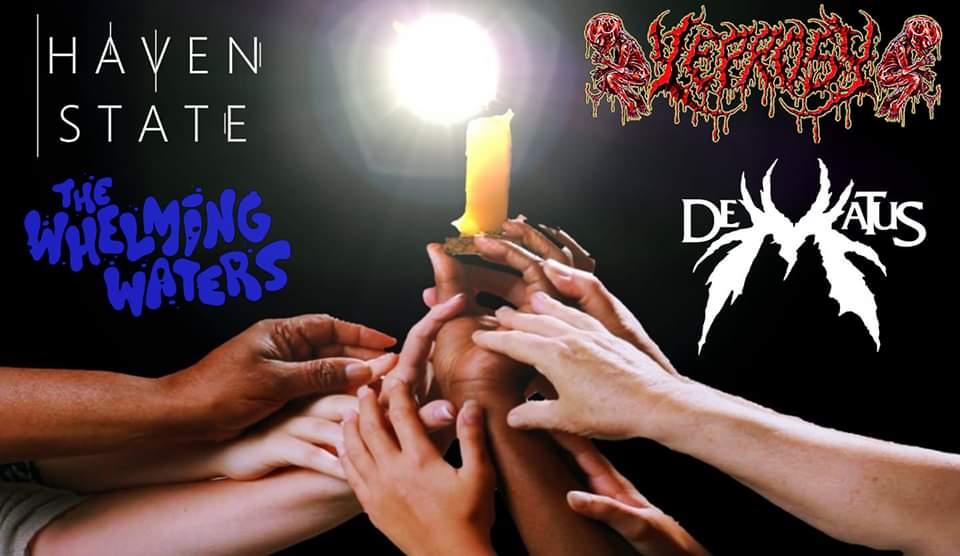