While it seemed everyone in town was gooned to go see Devo play, I had no intention of missing this band. Why, you might ask? It so happens that Daniel Lanois’ debut solo release was the very first CD I ever bought. It’s still one of my favorite underrated discs of all time and I wasn’t passing up the chance to hear his new group. Turns out they combine his trademark atmospheric arrangements with a little bit of blues rock. I, along with the other old heads in the audience, were definitely digging it.

I thought I was on time for the show as Rocco was wailing away mid song. I started shooting and he walked off stage. I never seem to get my timing right with Diesel shows. Luckily for me, he was the opener. Unluckily for a woman outside after the show, she missed the whole Black Dub set. Bummer.

John opened for Midlake, which makes sense since they were his studio band on his album. For the live setting, he assembled a bunch of musicians from the amazingly fertile music city of Denton, Texas including Robert Gomez. Seriously, what is in the water down there that spawns such great bands? I knew nothing of him beforehand but his set was very accessible. He has a very sinister, sarcastic vibe to his lyrics that are simultaneously funny and brutal.

So I have heard of this band but wasn’t familiar with them at all. I have to say, I just loved them. They were more enjoyable than the headliner Blitzen Trapper. Their music was instantly identifiable to me. Not hearing a single note prior to them playing that night, it felt like I was so familiar with their stuff. It rarely happens but when it does, it justifies the reason I love and keep going to shows. As a bonus, my pictures are bangin’!

I was amazed that there were so many people at this show. I consider myself a fairly knowledgeable guy when it comes to under the radar indie bands. I have heard of this band but would never have guessed that so many other people would have also. It wasn’t crazy packed, which made for an easier time bopping around Diesel for some different angles. Always a bonus. A proper mini review here and a preview from the new kids on the Pittsburgh music scene here. Welcome fellas!

I met Joe at WYEP while he was a fellow audience member during a studio session with The Low Anthem. He was on tour with them as the opener and I kind of surprised him when I wanted to buy his CD. Super cool dude. This was the first time I actually got to hear him play. He didn’t disappoint at all. Although there was some talking in the back of the room, it wasn’t too unexpected due to the sheer amount of people there. Would love to see him in a quieter, more appreciative setting.

So even though this isn’t the first time I have seen Josh play, it has been a few years and a few remarkable albums later since the last time. What amazed me was the huge crowd that has discovered him since he played Club Cafe in 2005. This show was unbelievably PACKED. I suppose for good reason, he and his band were great. I don’t think I will ever see a more enthusiastically happy performer on stage than him. The guy exudes joy. He is also probably the nicest guy in show biz to his fans. I have heard stories of fans meeting him after shows and he will talk forever with everybody, even though there is a line of people waiting. That’s the way to build and keep a fan base. Setlist here.

This was a decent show. I like their albums a lot and was actually surprised that they announced a Pittsburgh show. It always seemed to me that we got passed up by most of the ‘cool’ indie bands in the last several years but for some reason we are finally a ‘viable’ town for bands to play in? I hope that trend continues. It wasn’t too crowded which is always a bonus for getting different angles and Diesel is such a great place for taking pictures anyway. They were at times a bit sleepy but more than made up for it when they were ‘on’. Totally nice dudes to boot.

Doors @ 7, Show @ 8. No problem. I head out the door and arrive at the venue about ten to eight. Walking a couple blocks to the club (nightmare Southside parking) I notice Mark on the sidewalk on his phone. I linger for about a minute till he’s done and I guess he notices the CD’s in my hand. He immediately does a 45 degree angle and walks into the middle of the street. Undeterred, I ‘catch’ him and ask for an autograph. Before he has time to fully make an excuse (“Well, I am supposed to be meeting someone…”) he agrees. I am struck how his speaking voice mirrors his plaintive singing tone. He scribbles an ‘MK’ on the Red House Painters Retrospective cover and doesn’t even bother with the ‘K’ on the Ghosts Of The Great Highway disc. Sorry to bother you bro’. Next time I’ll save the energy/money and just download your music.

So I walk around to the entrance and find out that the opener Kevin Finn was already over and since I was on the fence about the show anyway, I bailed. I didn’t go not because he was sort of a tool (which he kinda was) but because Diesel is THE most fan unfriendly venue in the city. Add to that that I’m hurting for funds and $20 bucks to be put to sleep wasn’t sitting right with me at the moment. Maybe next time…if he’s playing a free show. Maybe I’m being too harsh? It was probably a great show. If you were there leave a comment. 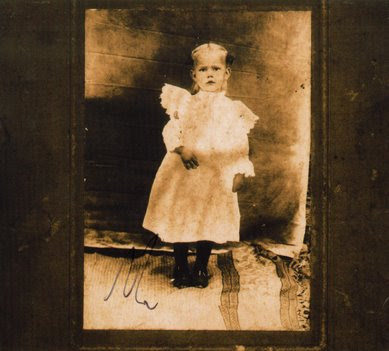