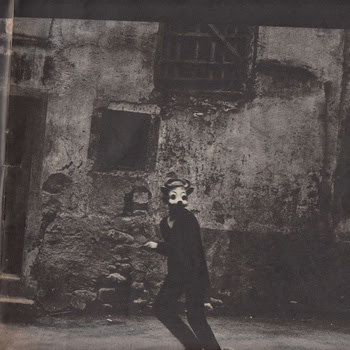 “The onstage presence of Don’t Stop Please is truly something to behold.
With six members, all of them multi-instrumentalists, their performance
area can get a little crowded. Their shows often resemble a circus act
as they juggle instruments and change positions, often in the same song.
But this is no novelty act. No musical terrain is off limits for Don’t
Stop Please, whose music fits nicely into
jazz, rock, funk, folk and/or bluegrass. Add that to the stellar
songwriting and Anna Horton’s gorgeous Fiona Apple-esque vocals in
tandem with frontman Joel Ludford’s own singing voice, and you’ve got it
all.”
Check out the band at their official Website, Facebook, Twitter and BandCamp. For this week’s hump day edition of my coverage of the Paste 50 States Project takes us back to Arkansas and Don’t Stop Please. I want to thank Joel Ludford (Banjo/Vocals/Drums/Trumpet/Guitar/Piano/Tuba/Mandolin/Double Bass/Electric Bass) for taking the time to participate in this edition of First/Last.
The first album you ever bought?
“Lazer Pie” (on Super NES).
Your last album bought?
Jesus said it was cool.
Favorite album of all time?
Sally and the Salamanders “Rub Their Ding Dongs”.
Least favorite/most disappointing
album?
Alaskan Fire Dog.
First concert attended?
Prairie Doggin with the A++ Club.
Last concert?
Low-fat Frozen Yogurt.
Favorite concert ever?
The Kansas City Bear Fighters.
Least favorite concert?
Cumberbun Revival.

Thanks, Joel. Cool answers, man. I am assuming that Sally & The Salamanders album is OOP?