“Coming into realization baby it was meant for me, good intentions but wrong places needed the catalyst to be seen“

Emily Thomas is a Pittsburgh based singer/songwriter who shakes up pop tradition with a soulful vibe & sensual instrumentation. The East Coast native currently resides in Pittsburgh traveling back and forth between LA and NY. Emily has been featured on George Takei’s platform featuring her music video, “Taste Of You” with over 400k views. Along with that release, Emily was interviewed with PRIDE magazine. She has stretched her dreams to write for others, and live out life making music. Emily has built up a catalogue of many songs over the last few years holding onto her independence. You can check out Emily live tomorrow Saturday, September 4th at 1pm for a free show at 1700 Penn Avenue in the Strip. I want to thank Emily for taking the time to participate in this edition of First/Last.

The first album you ever bought?
Britney Spears – Baby One More Time. I listened to a lot of Britney as a kid singing her tunes dancing in the mirror, lol.

Your last album bought?
Tapestry by Carole King on vinyl. My Mom was a big fan so I grew up listening to a lot of her music. Was pretty excited when I saw Tapestry on vinyl in LA at Amobe Record Store so I decided to splurge a little more than my usual $2-5 record budget. Best $20 bucks I’ve spent in a while.

Favorite album of all time?
The Miseducation of Lauryn Hill. I could listen to Lauryn any day, all day.

First concert attended?
Backstreet Boys! The best! I was 16 when they made a comeback, and a friend took me for my Birthday. We got to see them get on the bus after the show, and Howie winked at me, lol.

Last concert?
Billy Joel at Madison Square Garden. Great show! Also grew up listening to a lot of his music so was fun seeing him live.

Favorite concert ever?
Sara Bareillis was a huge inspiration as I was developing as a songwriter. A friend of mine took me to see her in NY. Cried the entire show!

Least favorite concert?
Never been to one I didn’t like!

Favorite thoughts, experiences about Pittsburgh?
It’s good to be back after a 12-year hiatus. From what I’ve seen so far, looks like there isn’t a big music scene outside of Jazz. I plan to create an underground artist scene here by starting an independent artist showcase. Stay tuned this fall! 😉

Thanks, Emily. Indie artist showcase? That’s the kind of stuff I love hearing about. Keep me posted! 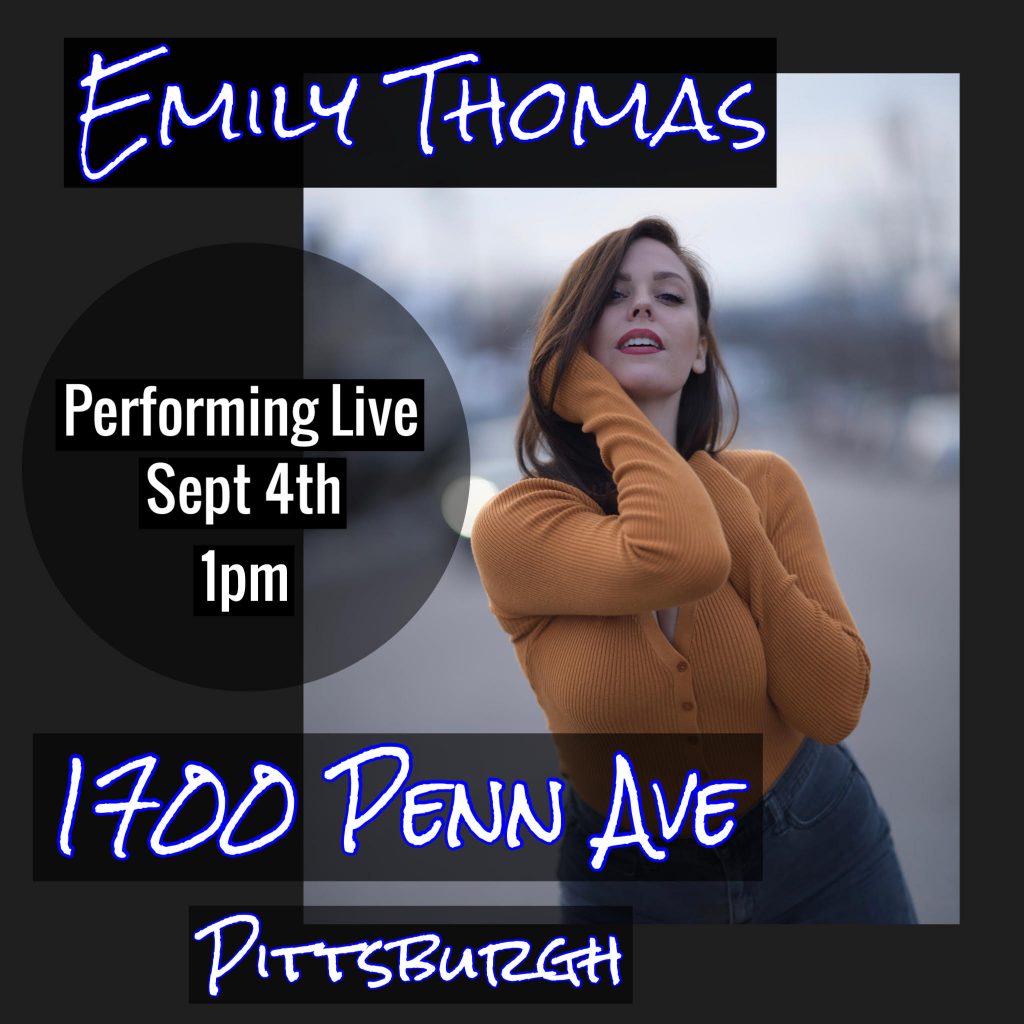