Endless Mike and the Beagle Club are a Johnstown ‘folk-punk’ band. They released and new collection entitled “Side B” this week. I am honored to have them help me celebrate ten years of HughShows today and want to thank Mike Miller (Guitar/Vocals) for taking the time to participate in this edition of First/Last.

Nirvana’s “Nevermind” was the first album I ever bought with my own money. Not a very original answer, but I’m proud to be one of about a million who would say the same thing.

“In the Aeroplane Over the Sea” by Neutral Milk Hotel. It’s just about everything. When I have to get a gift for someone I don’t really know, I buy them this album.

“Wood/Water” by The Promise Ring was very disappointing because of how much I loved every other record they ever made. But everything about this one is bad. Also, any of that new stuff by The Pixies. They’re my favorite band of all time, but, sorry – no Kim Deal = no Pixies.

I saw Live at Hershey Park Stadium, but my first “real” show was Sebadoh at The Electric Banana. Changed my whole worldview. For real.

Ramshackle Glory and The Homeless Gospel Choir at Union Project.

Will Oldham tanked at The Rex a while back. It was no fun at all. Dude seems like a real jerk, too.

Growing up in Johnstown, Pittsburgh was always “the Big City.” We’d take trips out for shows or movies that didn’t play around here. It was always an exciting experience. Then my senior year of high school, I was dating someone who went to college in Pittsburgh, so that bittersweet longing to be there got personal. So I still think of art and rock shows and friends and I think I’ll always have kind of a romanticized version of Pittsburgh that’s not quite real, but not too far off, either. But right now, it feels like exciting things are happening. There’s a real resurgence of DIY punk stuff going on. My friends in the Don’t Let The Scene Go Down On Me Collective are working hard to bring punk bands to town that used to skip Pittsburgh, and there are cool bands and cool kids and a lot going on at the moment. So it’s not all just nostalgia for me!

Thanks, Mike. In fact, you are the millionth person to mention “Nevermind” as their first record on this blog! 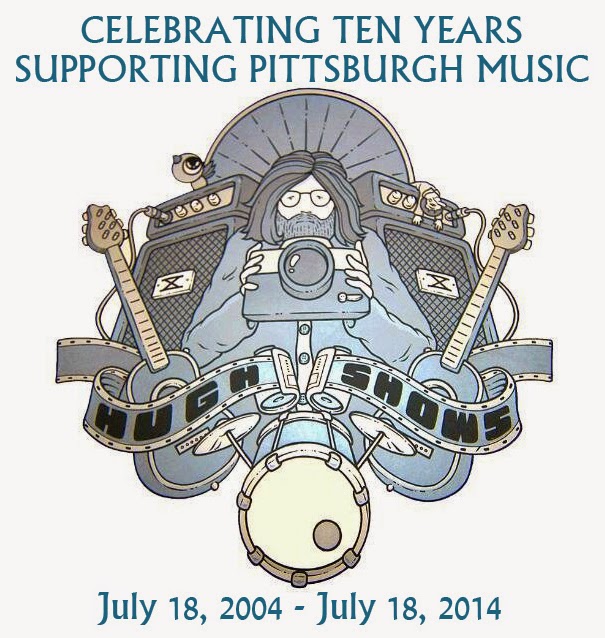 These guys were a total blast! Seemingly cramming every person they know onto the stage to help out added a very communal vibe to their set which consisted of incredibly refreshing music. Hailing a scant two hours from my doorstep they reminded me A LOT of fellow Johnstownians The Sunflower Spectacle, who I also immediately dug as well. Seriously, what’s in the water over there? Talk about a fun double bill! More pics here. Video here. 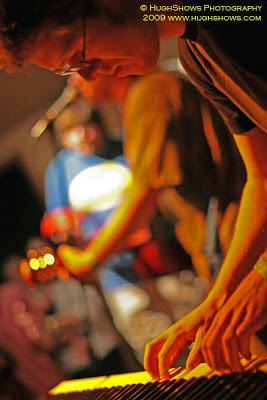 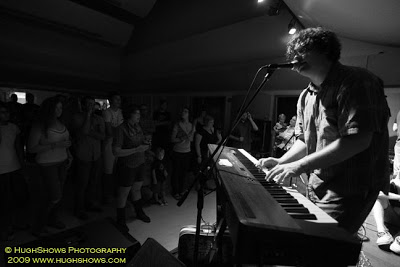 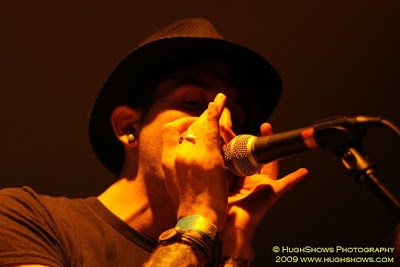 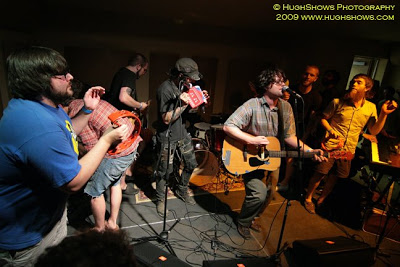