Faithful Sinners in a musical saw guitar fun time extravaganza! Currently there are two faithful sinners, Erika and Xander, who started writing music together in 2011 after a successful collaboration at the NYC Musical Saw Festival (yes, they have one of those!). We are beaming with excitement that we’ve been able to take part in such cool gigs as opening for awesome bands Pearl and the Beard and He’s My Brother She’s My Sister, being featured in the literary variety show ‘Speaking Of…’ at the New Hazlett Theater, playing the 21 Plus night at the Carnegie Science Center, and being spotlighted on the delightful Saturday Light Brigade radio show recorded at the Children’s Museum of Pittsburgh. We were also awarded the Best Song Award for Something We Don’t during Pittsburgh’s 48 Hour Music Video Competition – Thanks Judges!!! We are excited for all of everything, and hopefully we can share that excitement with you!! 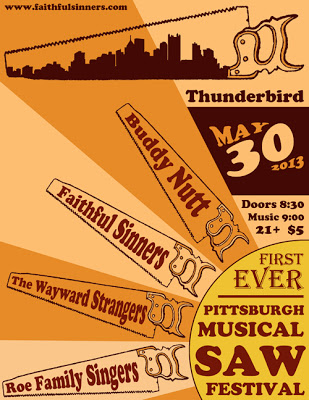 Check out the local duo at their official Website, Facebook, ReverbNation, Songkick, SoundCloud, YouTube and Twitter. The band will be taking up residence at the T’Bird for the next few nights as they host the inaugural ‘Pittsburgh Musical Saw Fest’ tomorrow and return Friday to open for Wild Belle. My thanks to Xander Hendrickson (Guitar/Vocals) and Erika June Christina Laing (Saw/Vocals/Etc.) for taking the time to participate in this edition of First/Last. 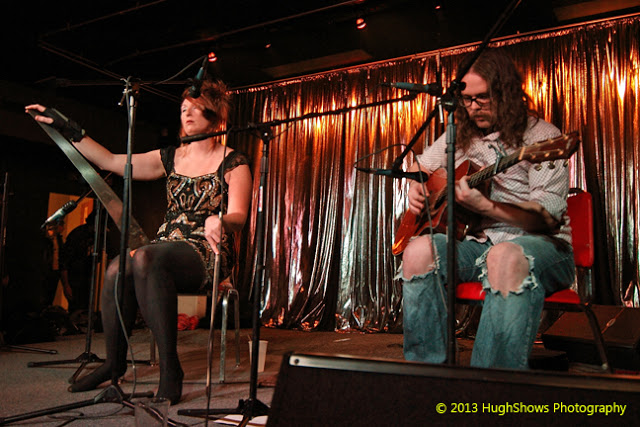 Thanks, Xander and Erika. Love the idea of the festival. The world definitely needs more singing saws!