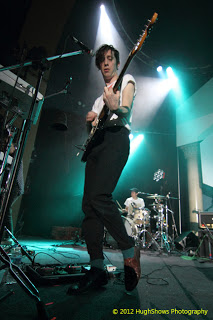 This show was great. Being a huge fan since their first stop in town, I was jazzed they were playing the more spacious room of Smalls. The new songs sounded better live than on record IMO and the older tunes were rearranged to add a vibrancy to the material. Throw in getting a shout out from the stage and what’s not to love? Top 5 of the year contender for sure.

Also of note, was the premier opening gig for Gardens & Villa on the tour and what sticks out in my head was the whole ‘Hunger Games’ look dude was sporting with his wooden flute sack. Sweet. Check out more photos here. 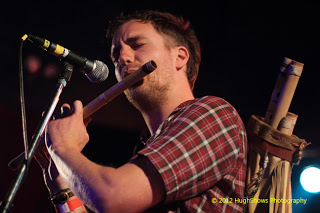 The band Fanfarlo returns to Pittsburgh this weekend. Here’s a portrait I did of them when they first played the city in 2009. As fantastic as that gig was, I am expecting the latest to be just as memorable, if not more so. The comment on the art I remember was from Simon, who was happy but perplexed that I was so generous with the seemingly unattainable facial hair. I tried to explain I was more representing a shadow, five o’clock or not.

This show was fantastic! I had a really good time. More so than that, the music was incredible. Listening to the band’s album over the last week or so became more enjoyable with each listen and they translated the songs perfectly live. The crowd and band were having a ball. Afterward, they LOVED the art I brought them and even featured me on their Advent Calendar Day #16! Sweet!