Flock of Walri is a Pittsburgh turbo-prog funk rock trio who will be participating in R.A.N.T. this weekend playing Spirit Lodge Downstairs on Saturday (8/13). I want to thank Mike Mast (Drums) for not only participating in this edition of First/Last, but being only one of two people out of a thousand who took the time to actually write down his answers to the Q&A! 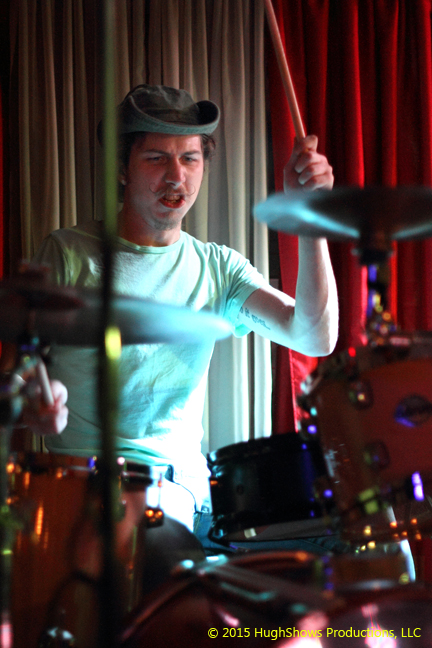 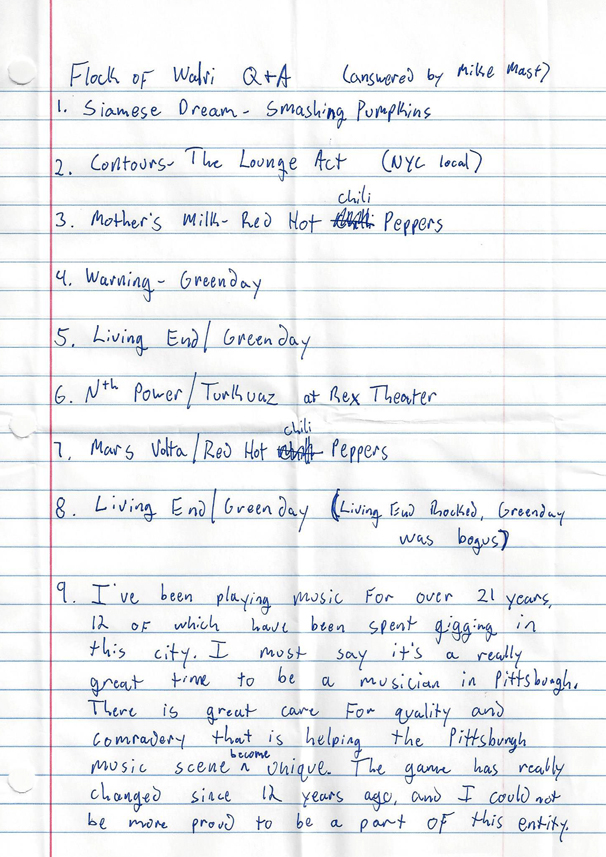 Thanks, Mike. R.A.N.T. is going to be bananas! Let’s hope guitar Mike can keep his axe in one piece unlike the Paris fundraiser when he busted the neck moments before you went on. One of the biggest buzzkills I have seen on stage ever.