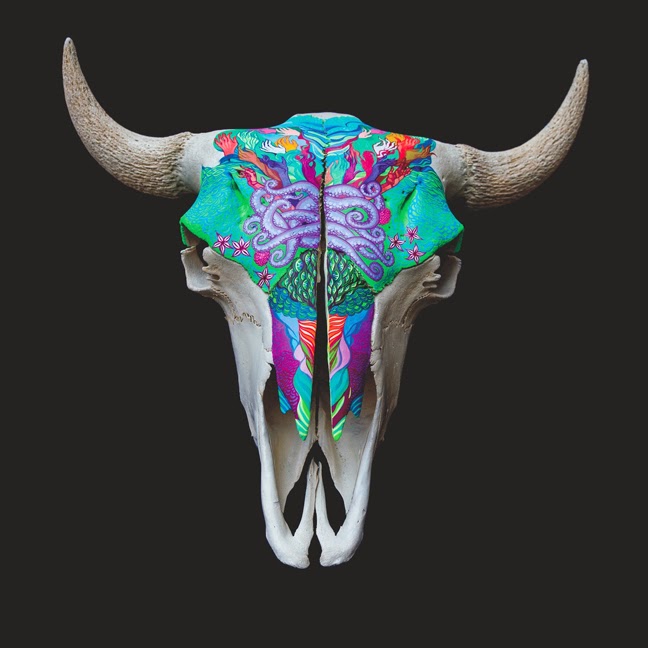 “Wilder Maker’s sprawling second album, Year of Endless Light,
concentrates at those drop-everything arresting moments, the type of
holy fuck jolts that spur a compulsion to rewind/replay: listen listen
listen and maybe if you listen just one more time you’ll finally get
your head around some hidden secret.” – Nathan Huffstutter, The Fiddleback
Check out the band at their official Website, Facebook, BandCamp, Twitter and Tumblr. Formerly known as Boy Without God, the band is the work of songwriter Gabriel Birnbaum (Guitars/Percussion/Saxophone/Vocals). He stops in Pittsburgh tonight at Acoustic Music Works in Squirrel Hill with locals Pairdown and Milo Jones supporting. He will be showcasing songs off their latest album, “Year of Endless Light.” My thanks to Gabe for taking the time to participate in this edition of First/Last.
The first album you ever bought?
Not sure exactly what was first but I do recall buying an album called “Hit
Jazz” which was a compilation of jazz tunes that turned out to be radio hits,
like Lee Morgan’s ‘The Sidewinder’ and Ramsey Lewis’ version of ‘The ‘In’
Crowd.’ Much later I spent a while as a jazz saxophonist and the music on that
album, being more accessible, was a good entry point for me.
Your last album bought?
Most recent was Bill Callahan’s “Dream River” on glorious vinyl at his show at
Webster Hall here in NYC. I love that man.
Favorite album of all time?
All time? Yikes. I guess Wilco’s “Yankee Hotel Foxtrot” is a record I can call
out as having been important to me from the moment I heard it to the current
day. “Being There” (a few albums before) was one of the records that inspired
me to learn guitar and begin writing songs with words, and YHF has moved and
soothed me incredibly from the time I was a moody high schooler up to my most
recent painful breakup. That’s a long span. Almost half my life. I hear
different things in it now than I did back then, but that’s a sign of the
remarkable depth therein.
Least favorite/most disappointing
album?
I mean, there’s lots of music I don’t like, but I tend to avoid it rather than
have hurt feelings about it. There are things about every album that are
disappointing and also things about every record that I can learn from as a
musician. Don’t mean to be preachy about it, this question just doesn’t really
line up easily with how I think about music.
First concert attended?
I have dim memories of going to see Sonny Rollins with my dad way back in the
way, somewhere in Boston. In a church, I think? Dude was pretty lithe for a guy
in his 60s, not surprised he’s still kicking.
Last concert?
Not sure if it was quite the most recent but I saw San Fermin at Music Hall of
Williamsburg recently and they were fantastic. Great musicians, great writing
and arranging, bursting with energy and so genuinely excited to be there. One
of my least favorite feelings at a show is that of being very professionally
“handled” as an audience member. Of course that’s what everyone does to you to
some extent but it kills the magic to be made conscious of it.
Favorite concert ever?
I have still have very fond memories of seeing Alan Silva’s Celestial
Communications Orchestra (a lot of people from Sun Ra’s Arkestra after he
passed on) play an epic improvised show in Boston. It went on for so long and
got so wild that by the time I left I felt like I was high.
Also saw Wilco back in my early college days and had one of those
quasi-religious experiences where you know every word to every song and it
feels like the whole world is giving you a hug.
Those are both from a long time ago, but I think the more I work as a traveling
musician the greater the distance grows between my current self and the kind of
self who can have a really immersive experience at shows. I’m always checking
out people’s techniques and tricks, for better or worse.
Least favorite concert?
One time I saw Spoon totally phone it in and play an awful show in Boston where
they spent most of the very short set asking the audience who was going to get
them stoned afterwards. But, I also respect that the road is difficult and long
and sometimes it gets to you and you do shit like that. As someone who tours a
lot, I’d like to say I’ll never fall apart, but who knows really?

Any thoughts,
experiences about Pittsburgh?
I like Pittsburgh! I’ve played the Brillobox a few times and played basement
shows a few times and I’ve always had a warm reception there. One time a guy in
a dress bought a tiny painting I was selling at the merch table. Also, Raymond
Morin at Acoustic Music Works, who is putting this show on, put out my first
record of crazy noisy free jazz way back in the day and has been a kind host at
every opportunity since, so a public thank you to him!

Thanks, Gabe. I totally second the praise of all things Raymond. We are very lucky here in Pittsburgh to have a worthy and qualified supporter of acoustic music in that dude.