Thanks to my friends at the PSO, Ms. McLachlan has the distinct honor eight days in to be my very first show of the year. So, yeah…she’s got that going for her. Performing the always fan satisfying “An Evening With…” format, she entertained her beloved audience for two and a half hours. It was my first time shooting in Heinz Hall and being that the folks in the PIT payed some good scratch to be up there and not have a pesky photog ruin the experience of the first three songs by getting in their way, I was regulated to the back of the room by the soundboard to shoot. Kind of makes the photos look all the same. See Paul McCartney, Jimmy Buffett, Emmylou Harris and Bruce Springsteen. I always like to hug the stage (without hopefully being a nuisance to the other audience members) when I document a band. That far back creates a ‘flatness’ to the pictures and it doesn’t occur often enough for me to invest in a long lens that I won’t be able to use at Brillobox. No worries. What other photog in the city can say they shot Sarah M. at Heinz Hall besides me? No one, baby. So, yeah…I got that going for me. 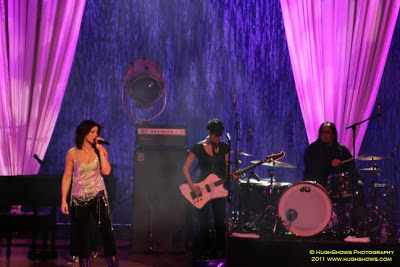 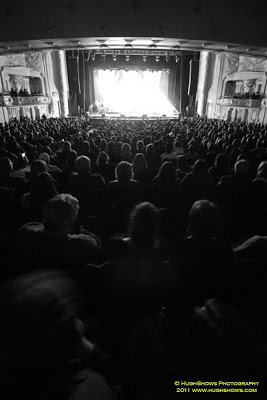 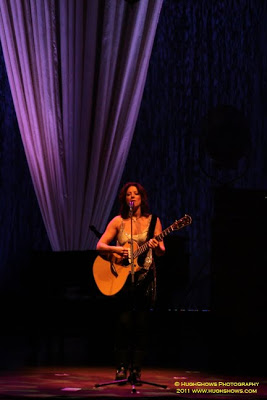 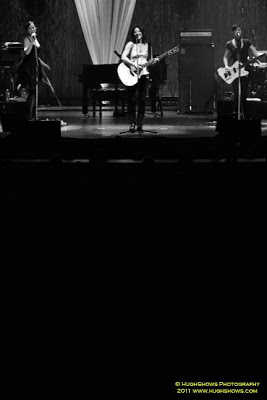 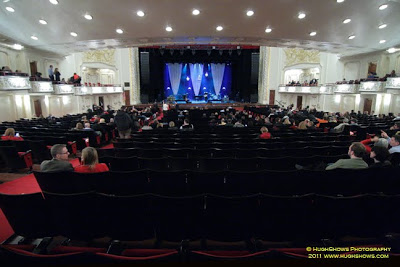 My very first picture of 2011. Incredibly, the seats were full ten minutes later.

I hardly ever do ticket giveaways here but this is a huge exception. My dear friends at the PSO are offering up a pair of passes for readers of this blog to the one off performance with Brandi. Now, just to put this in perspective, her band will be playing with an orchestra. Our world class orchestra! Her next gig will be her first of two dates on the long awaited Lilith Fair the following week. Thinking back, I can’t believe I missed the Ben Folds show with them, which by some accounts was a contender for the concert of the year. This will be just as special. I am thrilled that the symphony folks are teaming contemporary ‘rock’ stars in a classical setting. Imagine the future possibilities!

Please send an email to my other account-hughshows@comcast.net with the subject line Brandi. I know am I going to get a ton of responses and don’t fret if you aren’t randomly picked.Well, do fret because as with my past experience, these will be primo seats! The contest will close on June 23rd when I contact the winner. Good luck!