Traveling from Philly, what amazed me was how his bongo player, Eric George, learned his tunes on the spot…while they were playing!

The band has only played four locals gigs this year and I made it my mission to see every one of them. Steve is even considering designating me the honorary fifth member of the band. Billy Preston got nothing on me! More from the group in my end of the year wrap-up soon. 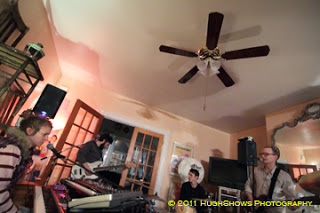