I was hoping for a whole band performance but instead were treated to the Ranchero Brothers. Not bad, not great. I like the new songs but prefer the old ones which we got one, Victoria, by request from a six year old in the audience. Thanks kid. 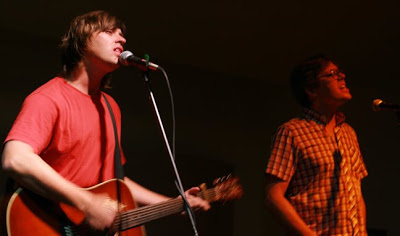