“Montreal’s Intensive Care is an exchange between four musicians from Lebanon, the USA and Canada attempting to bridge the cultural gaps between themselves. They blend King Crimson-esque songwriting with a sound that is inherently modern and fondly informed by eclectic artists such as Grizzly Bear, Wolf Parade, Aimee Mann and Charles Mingus. They have just recorded their sophomore album with Jace Lasek (The Besnard Lakes, Wolf Parade, Suuns). It promises to be raw, explosive and uncompromisingly honest.”

The band is playing Howler’s tonight on a bill with favorites of mine Triggers. My girl at Sour Notes recently featured the band here. Band members Philippe Manasseh and Nadim Maghzal were cool enough to participate in this edition of First/Last. 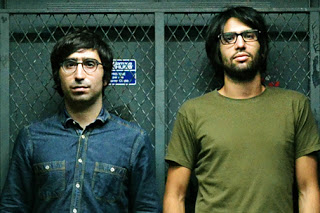 Thanks guys. Have a good show. Howler’s is a damn fun place to see a show.