“The Black Swans’ Occasion for Song, their 5th full-length, is a messy long-haul of emotions dealing with the death of founding member and violinist Noel Sayre, and the aftermath of memory, shock, and loss it created. It recalls lessons learned in 9th grade Health class — DABDA (Denial, Anger, Bargaining, Depression, Acceptance). Without a textbook, however, The Black Swans are not so orderly. The guitars and banjo and vocals and drums and bass sound out dark thoughts, sad thoughts, silly thoughts, angry thoughts, and buckets of depression almost all at once. This is an album about loss, death, and trying to get to the acceptance at the end of grief.”

The band hits Pittsburgh tonight at the T’Bird coming off a positive review from Pitchfork last week of their latest release, “Occasion for a Song” from Misra Records. My thanks to the band’s songwriter Jerry DeCicca for taking a few minutes to participate in this edition of First/Last.

Thanks, Jerry. I’m with you on Springsteen albums of late. It seems that the people who love them are just plain lying or something?

Misra Records just might be my favorite label. With bands like Centromatic, Hallelujah The Hills, Great Lake Swimmers, Slow Dazzle and Shearwater amongst it’s roster of current and former musicians, it’s hard to argue the statement. My friend Timothy Bracy could be the best songwriter in America. Formerly of The Mendoza Line, his new band Collection Agency is also on Misra and this cool little tour was hitting Washington D.C. the night after this show with his band on the bill. No one will ever realize how hard it was for me not to be there. Fortunately, I was able to be introduced to Jerry and his music. His band The Black Swans tours regularly and would love a future visit to Pittsburgh. 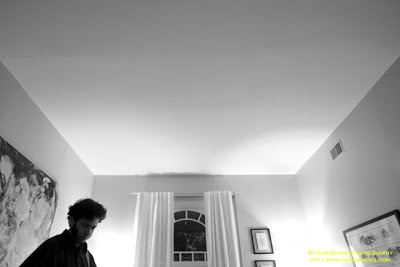