“Jonathan Segel is a composer, performer and multi-instrumentalist. He plays guitar, violin, computer, keyboards, electric bass and sings. He has played in the band Camper Van Beethoven for the past 30 years!”

Check out Jonathan at his official Website, Facebook, BandCamp, YouTube , CDBaby, Vimeo and WordPress. Best known as the violinist for Camper Van Beethoven, Jonathan has put out an incredible amount of solo material over the years, including his latest album, the fantastic “Shine Out“. I really want to thank Jonathan for taking the time to participate in this edition of First/Last. 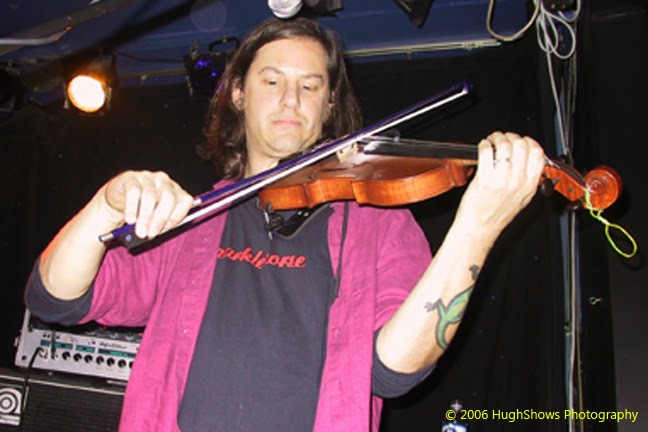 Wow, extremely hard to pare it down to one. I would have to list a few that have stayed with me for a long long time, that I keep coming back to. Jimi Hendrix’ Electric Ladyland is one, The Clash “Sandanista” is another. Robert Ashley’s “Perfect Lives: Private Parts”. Philip Glass “Einstein on the Beach”. Yes “Tales from Topographic Oceans” ( I’m not kidding.) Game Theory “Lolita Nation”. I like big pieces.

There was a period in the late 70s where I became disappointed with a lot of the bands I loved – Queen’s “News of the World”, Pink Floyd’s “The Wall”, ELO’s “Discovery” (disco— very!), even to a certain extent Led Zeppelin’s “In Through the Out Door”. I’m still disappointed in these albums. But, you know, good stuff was coming in through the underground by then, so it was all OK. I replaced the Pink Floyd with Young Marble Giants, for example.

The first big concert NOT attended was Lynyrd Skynyrd in ’75, when I won the tickets on the radio and my Mom wouldn’t let me go. I probably didn’t get to go see a real rock concert until 77 or so (when I was 13 or 14.) Then I saw a bunch, big and small, several rock bands on the UCD campus in Davis, CA, like Alternate Learning, Thin White Rope, The Suspects, I could see them even though I was in high school sometimes. We went to big concerts in San Francisco, like Rush and Jethro Tull.

of Montreal, on Tuesday night! They were great.

My memory fades. Most recently I really enjoyed a Mono show. Besnard Lakes at SxSW. Björk at the Paramount in Oakland. Radiohead at Hultsfred Festival in Sweden.

Queen, 1980, but only because I was super high and the guy in front of me was barfing, though raising his hands over his head and clapping between songs. Also I was disappointed that they played a tape for the vocal part in the middle of Bohemian Rhapsody!

It’s pretty. We’ve played there a bunch in the past 25 years. First time was with the Cucumbers. My friend Andrew Weintraub teaches ethnomusicology there, I lectured in his class once a few years ago.

Thanks again, Jonathan. I have been following you and your music since I was a teenager! It really does means so much to me you took the time to play along.