Southside Brewhouse Gallery Final band of the night to perform. They sounded good considering the few songs I heard. I reluctantly bailed early. I had to get up the next morning for the college bands competition @ N.A.M.U.

Southside Brewhouse Gallery I am hoping there is new Lohio music this year. It’s comforting to know that one of my favorite bands right now is local.

Southside Brewhouse Gallery This was an ‘unofficial’ after party to the N.A.M.U. Fest taking place a few blocks away. There were four local bands playing to support the release of the fantastic comp “Playing Favorties“. Boca Chica started the night with a set on the front stoop. I will be featuring them this week. 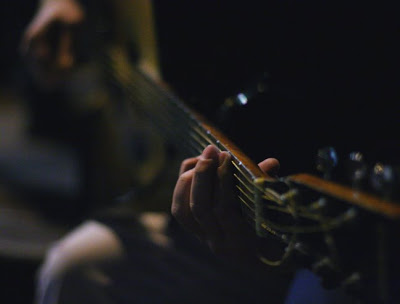