The band takes a break from recording new music and plays tonight at the Moose supporting Geoff Rickly (of Thursday), John Nolan (of Taking Back Sunday) and Gabriel The Marine. The band starts the night at 6:30 so get there early. My thanks to my man Pete Finnigan (Vocals) for taking a few minutes to participate in this edition of First/Last. 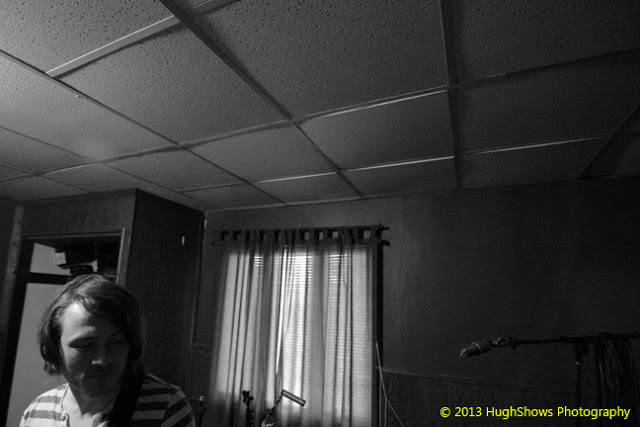 “The Blue Album” by Weezer. My Friend had a subscription to BMG music and let me listen to the first 3 songs off side A through a walkman he had plugged into his older brother’s bass amp. His mom made us turn it off before we got to Buddy Holly. So, like all middle school kids, I copied him and got a subscription to BMG, and ordered the blue album on cassette. It was a buy one get one offer. I can’t remember what it came with…I want to say “Dookie” by Green Day. I probably still owe BMG money for that.

“Halcyon” by Ellie Goulding. I got an email from amazon about $5 album downloads and I jumped on it because I really liked the one before that titled “Lights”. She has a great voice, and although the songs on “Halcyon” aren’t as good as the ones on “Lights”, there is something about perfect production that makes the listener feel like (s)he is being taken care of. All the pitch correction, the way every song covers every frequency like a warm fuzzy blanket from Walmart. It’s like a bedtime story.

“Everything You Ever Wanted to Know About Silence” by Glassjaw. It has such a dichotomy between chaotic verses and beautiful catchy choruses. The singer is also amazing in how he expresses his voice with raw urgency. Daryl Palumbo could sing the recipe for ramen noodles in a way that would make the listener believe it was about so much more. I remember hearing all the press about it before it came out because the producer for that record also did At The Drive In which was HUGE at the time. I was working at a record store and we got the promo for free. I could not stand it at first listen. When you grow up on Weezer, you’re used to following first impressions, so I ignored it every time my coworkers would put it in. I couldn’t tell if they were trying to be ironic or they actually liked it. Then, slowly but surely, I found myself humming the choruses. Then I would literally crave the verses. I had never craved a song before in my life. It wasn’t just stuck in my head. I was in a bad mood until I could hear it again. For the next ten years I would compare every piece of music from any genre, including classical, to that record. It was an exercise in learning how good music transcends genres. It’s also Ironic that all this came from being attracted to a chorus in a post hardcore song. If you ever get your hands on a physical copy of the CD and insert, you can see Daryl wrote “F*** everyone that looked for the hook” in his liner notes.

“Sgt. Pepper’s Lonely Hearts Club Band” by The Beatles. I never heard the Beatles growing up except whatever they played on oldies stations and I didn’t like it. It was hard for me to identify with pop songs from the 50’s and 60’s growing up in “The Grunge Era”. Everyone and their sister told me to listen to The Beatles because they were so influential in the music that I do like. When I finally got to a place where I could let the music wash over me, I’m ashamed to say I didn’t get it. I can dissect it and tell you that the Beatles write incredibly intricate pop songs and deep cuts alike. But I have yet to find anything they have done that lives up to the hype I received all my life about how good they are. I’m sure if I discovered their music on my own without any pretense, this answer would be a little different.

7th grade: ‘Bat Outta Hell II’ tour: Meat Loaf. My mother was a HUGE Meatloaf fan. She was a drama major in college so of course she liked ‘The Rocky Horror Picture Show’. When ‘Paradise on the Dashboard’ came out he went on tour and I asked her to go. We ended up going with the same friend who’s bass amp I heard Weezer out of for the first time (see question 1). I remember he came out playing a guitar that was not even plugged in. It was so bad it was awesome! The next day in school my friend let it slip that we went to the concert and they started making fun of us. The only way out was to tell them we really just went to see the opening act which were called “The Screaming Cheetah Wheelies” and equally as bad. But it got the kids off our backs. Funny how that trick still works today.

Last night: Before You, Red Hands, The Catastrophie, Doomsday Initiative. I was there to see the opening band.

Weezer, Jimmy Eat World, and Tenacious D at the Cleveland Convention Center. All those bands had songs on the radio the year of the tour so it wasn’t even up for debate in my group of friends to see them in Cleveland when they didn’t come through Pittsburgh. Jimmy Eat World was first up and that’s who the majority us wanted to see the most. Naturally, we got lost on the way there and all I can remember is frantically running through the gigantic halls of this convention center trying to find the floor entrance while ‘In the Middle’ was reverberating throughout the whole complex. My one friend was so mad at the time but this is what we laugh about the most when we get together and reminisce. I’ve seen far better performers that sing songs I like way more, but to share something special like that with your friends is to know true happiness no matter how fleeting it is.

Aretha Franklin, 2010, Jazzfest. Jazz-fest is a HUGE festival in New Orleans that is jazz and more. It goes on for 2 weekends and the talent you take in is overwhelming. In 2010 I bought tickets to see Van Morrison and B.B. King. I ended going an extra day to see Aretha Franklin because it was Aretha. She phoned in most of her set including the hits. She seemed put off by the fact that the crowd didn’t cheer as much as she demanded for her lackluster performance. I don’t like demanding performers. Performance is a service. The happy ending, however, is when B.B. King went out the next day on a smaller stage and ABSOLUTELY KILLED IT both in song and performance before simply unplugging his guitar and walking off stage into history books as one the greatest to ever do it.

After moving back here from New Orleans I can see Pittsburgh has a special spirit that stretches beyond sandwiches and sports. I wouldn’t want to give it a label if I could. There are those that argue that Pittsburgh is not recognized for its art when compared to New York and LA etc. but I like how less pretentious it is here. There are so many unique artists here doing what they do for the love of their craft if nothing else. They are humble, hard working, and ready to build something. That is not always the case in cities that already have a name for themselves. If you are a musician in a city dubbed “the birthplace of jazz” you’re more likely to incorporate horns into your music if, for nothing else, than to keep up with status quo. Here there are no rules, no expectations, and that makes for great art! Last night I was in a dark bar listening to 4 different bands working their asses off to make something out of nothing. That’s happening more and more everywhere I go in Pittsburgh. It makes me so proud. Thanks, Pete. From the little I heard of the new stuff, I am really excited to hear the rest! Kid Durago Website