So I decided to attend this event. It was cool to meet the guy. I had to ask him, “What was it like to work on ‘The Match Game’ in the seventies?” He brushed me off by responding, “I’m too old to remember.” Bummer. His brief introduction to the movie was interesting. The actual movie? I hated it. At least my wife liked it so it wasn’t a total waste of an afternoon. As a side note, the pictures didn’t turn out spectacular but you try to shoot in a darkened movie theater. Not the easiest place to take a photo. 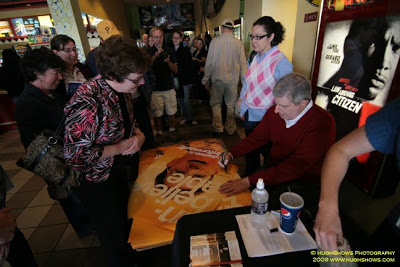 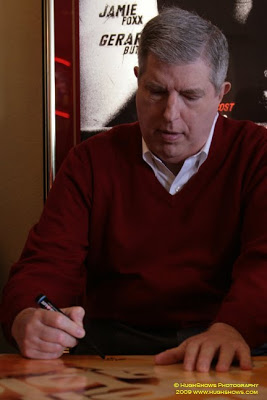 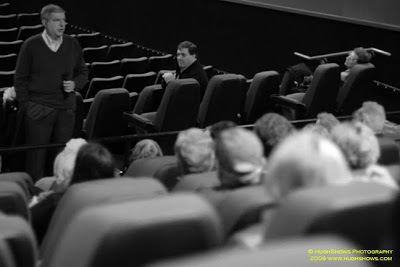 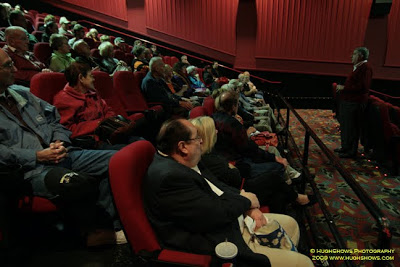 Facebook Listing It’s obvious that I love music. What many might not realize is that I love movies just as much. Ever since I was a kid, I have absorbed facts, trivia, and any inconsequential minutiae relating to film. I consider myself a walking movie encyclopedia. Seriously, next time you see me, ask me who stars in any movie and I can probably tell you.

It’s always been cool to me that a bona fide movie legend has been working in Pittsburgh for several years now as Principal Pops Conductor for The Pittsburgh Symphony. Marvin Hamlisch’s filmography as a composer is jaw dropping. ‘The Sting’, ‘The Way We Were’, and ‘The Spy Who Loved Me’ are just a few of his career highlights. He is ‘conducting’ a meet and greet and Q&A this Saturday around 1:45 p.m. at the Waterworks Cinema before a screening of his latest film, ‘The Informant’ starring Matt Damon. Tickets are only $4 and can be bought on the day of show only but I have a pair to give away now. The first person to e-mail me the correct answer to the following question at manhugh1@comcast.net will have two tickets waiting at will call in their name.

Mr. Hamlisch is one of only two people ever to win an Emmy, an Oscar, a Grammy, a Tony, a Golden Globe, and a Pulitzer Prize. Who is the other person? Good luck and see you there. 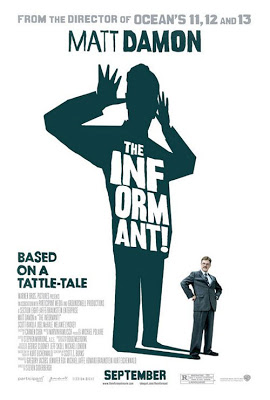