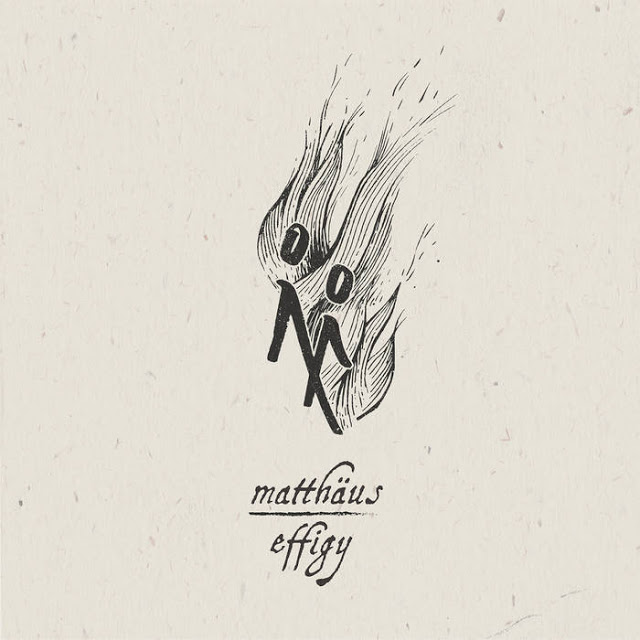 “Matthäus began as a project of composer Ben Montalbano of Chicago, Illinois. With strong roots in folk and bluegrass as well as a music conservatory education, Montalbano started writing simple songs that served as templates to experiment with orchestration. As the songs began to take more form, Montalbano enlisted an array of like-minded artists to record and perform. After a debut performance featuring a nine-piece ensemble, the group has continued to play with the size-and makeup of the group. Performances have consisted of Montalbano solo, as well as numerous combinations of instrumentalists. With their debut EP currently in the works, Matthäus has expanded to a collective collaboration, allowing further avenues of influence.“

Matthäus is a chamber-folk band from Chicago who are touring behind their debut EP from last Spring entitled Effigy. The band make stop in Pittsburgh for the first time this Thursday (3/8) at The Funhouse at Mr. Smalls with local support from Ancient History. I want to thank Justin Peters(Vibraphone/AuxPercussion),who also takes on drum duties this tour, for taking the time to participate in this edition of First/Last.

This is a funny one, but it was the Rugrats in Paris Soundtrack. It featured such great hits as “Who Let the Dogs Out” by Baha Men.

Such a tough one to answer. It’s definitely always changing, but I think I’d have to go with Canopy Glow by Anathallo. It’s this really beautifully crafted album that has a really nice balance of intricate composition, catchy hooks, lyricism, amazing
orchestration… It really gave me a new perspective on what you could do as a songwriter.

I grew up totally in love with the band Incubus. Over the years, I’ve really fallen out of love with them for various reasons, but each time they put out a new record, I give it a try, for old time’s sake. Their most recent album, 8 truly is the final nail in the coffin for me.

My parents took my brother and me to a Dave Matthew’s Band concert when I was about 10, 11. I fell asleep somewhere in the middle, woke up again, and they were still playing.

Most recently, I saw this incredible percussionist Hamid Drake at Constellation in Chicago. He opened his set with an incredibly enlightening discussion about his personal relationship to faith, his travels, and his studies of different faith systems around the world, followed by a nearly 90-minute long improvisation on drum set.

I got to see McCartney a few years back with a ton of my friends, and it completely blew me away. Total showman, playing the songs I grew up loving.

Another one my parents took me to… Earth Wind & Fire with Chicago. Each set was all of their 80’s ballads and deep cuts, which as a 15-year-old kid, I didn’t have any patience for. The encore was killer though; they played all the hits together, but man, that first 2 hours was brutal.

This will be my first time there! Super excited to see the city, and get to share the stage with some local musicians.

Thanks, Justin. Once again, add another McCartney show to the fave concert list.