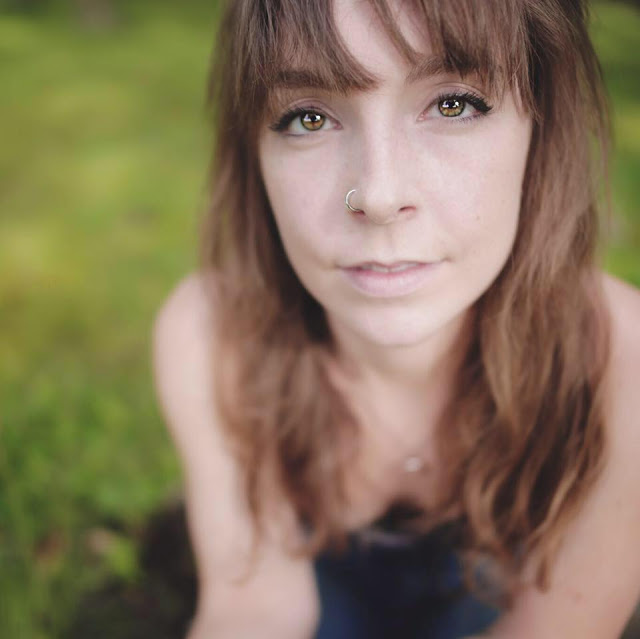 “Merrow is a singer-songwriter and multi-instrumentalist from Pittsburgh, Pennsylvania. She has been writing and performing her entire life, starting with piano and voice and then recently adding guitar, bass, and drums into the mix. In 2017, she started testing out original music in front of audiences, and the project took off much faster than anticipated. Her debut show at the former James Street Gastropub and Speakeasy with Nashville artist Lydia Brittan led to more gigs such as opening for The Beauty Slap at a For the People event and landing a spot on a Redfishbowl lineup at Olive or Twist.”

Merrow is the stage name of Pittsburgh indie soul singer-songwriter Molly Cavanaugh, who is relatively new to the local scene but has enthusiastically jumped in with a positive and collaborative spirit. As she works on releasing debut music, you can catch her perform next on Friday, April 6th for ZAM First Fridays at Mixtape. I want to thank her for taking the time to participate in this edition of First/Last.

This one was tough because in middle school, everyone would burn each other CDs. Somewhere in there I think I bought Chroma by Cartel.

Notion by Tash Sultana. She’s a monster, it’s been on repeat.

The impossible question. I usually go with White Lighter by Typhoon. Mostly for sentimental reasons, but it’s also just a damn good album.

The last Bahamas album. Barchords got me through some tough times, but this one had some real questionable choices…

Kenny Chesney concert in middle school. I am from a very small town (two stop lights and a feed store kind of small) in Western PA so it was just expected. I remember the opening artist complained about everyone still tailgating in the parking lot during his set.

Nai Palm of Hiatus Kaiyote performing solo in Philadelphia last fall. I stood right in front of her, two rows back. It was unbelievable.

I’d have to go with the Nai Palm show for this as well. Two of the openers were lesser known but local to Pennsylvania, but they were extremely talented and the audience was engaged from the start. It was all very intimate and raw, which was really nice to experience.

Transiberian Orchestra… Sorry. I could not get out of there fast enough.

Man, I’ve been here since 2010 when I moved for college so narrowing it down is tough.

Being able to go to James Street Gastropub and Speakeasy any night and knowing at least one person there who would have a drink with you.

Grand opening for The Stage at Karma, mostly because everyone just moved the hang from James St to that spot, and it’s when I felt the most like I was part of the community.

Finding the local spots with pool, darts, and cheap whiskey. Living in the North Side, biking the North Shore river trail with my pup (especially biking to the bar to watch the pens win the cup in ’16).

Mostly, watching and being a part of Pittsburgh’s struggles and fight to improve. We have issues, but the people in this city represent a beautiful mix of creativity, forward-thinking, and old-fashioned, blue-collar hard work. I think it’s only up from here.

Thanks, Molly. It is always great to see fresh faces emerge on the Pittsburgh music scene. I love your attitude as well, which is always welcome!