“The band got their start when, lead singer, Zach Rock met banjoist, Jason Buzon at a Brookline, Pa coffee shop. The two made plans to meet later that week and they began writing music from the first session they had and have continued to do so since April of 2011. Later on in October of 2011, Patrick McGinley joined the duo that was playing out as Nameless in August. Patrick heard the two as they were hosting an open mic night at a South Side bar in Pittsburgh called The Blind Pig. A bar in which Patrick lived above. A friend that was with Patrick that night persuaded him walk up the stairs from the bar and grab his instrument and jam with the two just for the night, just for fun. But he is yet to leave.”

Nameless in August is a folk rock band from Pittsburgh who will be joining me at James Street Gastropub Ballroom Upstairs this Sunday (11/22) at 1:40 pm as I host one of the PGH for Peace benefit concerts organized by Ziggy Sawdust Productions. With over 60 bands donating their time and talent in over 7 venues citywide, the Pittsburgh music community has come together to show that love and music is one response to the insanity of the terrorist attacks in Paris and Beirut. Please consider joining us as I thank Zach Rock (Guitar/Vocals) for taking the time to participate in this edition of First/Last. 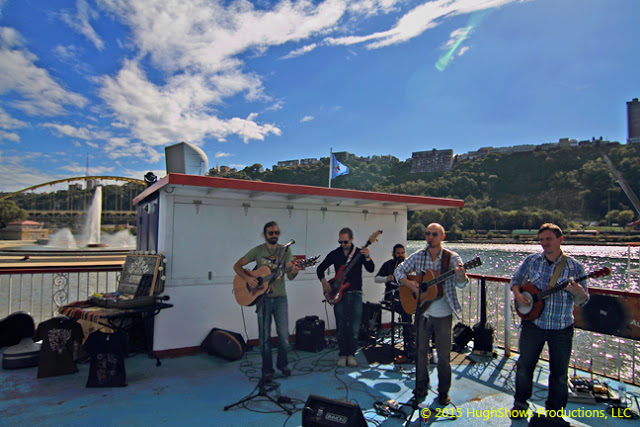 It was either Sixteen Stone by Bush or Rock Spectacle by Bare Naked Ladies. I think my sister gave me the Bush album. So, first bought may have been the BNL live album which I still love and listen to today.

Technically, Stop Making Sense by Talking Heads. I’m still digesting it though. Before that Stirgull Simpson’s Metamodern Sounds in Country Music. Which is SOOO good. It’s my most recent, newest love affair.

Toss up between Before These Crowded Streets by Dave Matthews Band and Emotionalism by The Avett Brothers. If I had to choose one, DMB.

Likely an album that I don’t own. I’m sure I’ve been disappointed with releases of artists that I like but I don’t really hold an album as my least favorite.

Bush at Civic Arena. (First beer too. It was GROSS)

Hmmm, not going out to see them as much as I’d like. I feel there is a separation with me because just about every show we play another band is playing so I see/hear music a lot. But the word “concert” is different. So, we played with Glove this summer and I definitely stayed and listened to that show and it felt like a concert. Same scenario when DMB was at First Niagara this summer.

Joe Purdy at The Basement in Columbus.

No such thing as bad sex and bad concerts. Gotta appreciate. Although, the next time I saw Joe Purdy after seeing the best show of my life, I was disappointed by it. Must have set the bar too high.

Lived here seven years… Met a great girl, Had a daughter, I get to play music and express myself constantly in a beautiful region with band mates that I truly love. It’s a cultured city not far from a little bit of chew spit. I love it.

Thanks, Zach. Looking forward to seeing you on Sunday, although I wish it was under different circumstances.