I have read many of the titles in this series. They range from the o.k. to the unreadable. This particular one is very good. It explains in detail the short, fabled history of the band, the making of the landmark album, subsequent tours and eventual dissolution and mythic influence they had on a generation of musicians. Even if you are a casual fan as I am, you will come away with an appreciation for the band and Jeff Mangum in particular, which I haven’t seen explained anywhere else.

With a slow reemergence and almost hopefully inevitable comeback seeming to be taking place this winter, this book is more relevant now than ever before. When I was lucky enough to see Mangum play in 2008, I couldn’t understand the chaos that ended the Elephant 6 show I was at. After reading of their history here, it all made perfect sense. 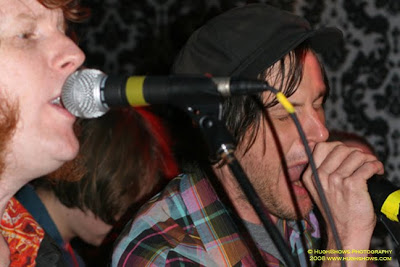 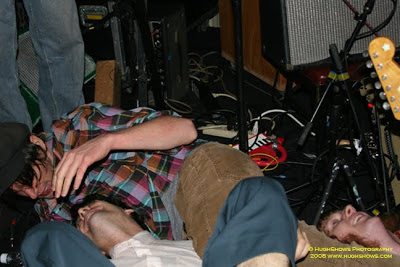 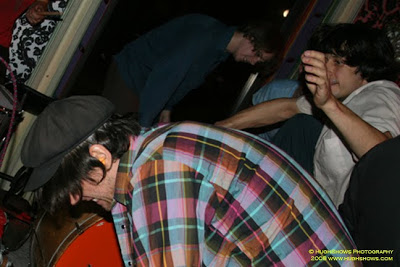 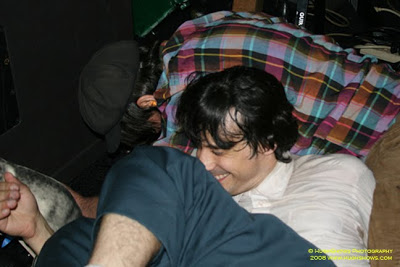 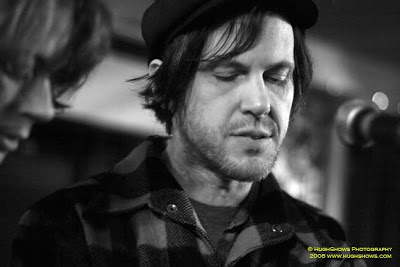 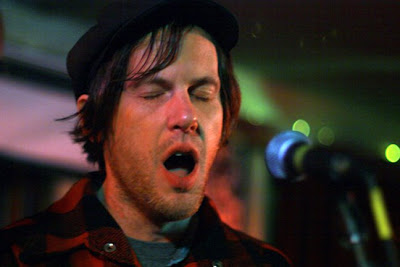 A bit of a ramble… This will be the last Elephant 6 post for awhile, I promise (I do have a lot of flash pics from the stage chaos that was ‘The Pressure’ though, maybe later). It’s just that I went on a whim and came away with one of the most joyous, unique, and unexpected concerts experiences I’ve ever had. To readers of this blog it’s no secret that I go to many, many shows throughout the year. The majority of them I choose carefully with my budget and familial responsibilities and all. Some of them I go not knowing much from the bands in the slightest (Margot & The Nuclear So & So’s, The Izzy’s, Wax Fang anybody?). THE main reason I go to concerts is to walk away a different person, no matter how minute or profound the change in me is. I want to appreciate, explore, remember, cherish, learn, discover..hell, even hate something from the time and effort I put into going to see someone else perform.

When this tour was announced I wasn’t expecting to go at all. Jeff Mangum showed up a week earlier in New York to sing a few bars of background vocals. Cool, maybe I should check this show out? Luckily, I snagged a ticket on a Thursday night before they eventually sold out Friday. The night of the show I knew it was going to be a long night and arrived uncharacteristically a half hour past scheduled doors. As I was walking to the club I noticed several people still mingling outside. I then immediately noticed a tall guy turning the adjacent corner towards the door with a red and black plaid jacket. I recognized the same coat from this dude’s pics. Mangum was here. As he walked through the Brillobox doors, up the steps and into the soundcheck I was right behind him. Now, as it seems to happen almost all the time, people (read: someone associated with the venue) think I am with the band. Is it the long hair? I don’t know but more times than not I have hung around a show not being bothered by anybody with the impression that I just loaded in the equipment. My mistake this night was ordering a beer. “Bars not open sir, and by the way, who the hell are you and how did you get up here?” I was pleasantly escorted downstairs (kudos to the Brillobox staff who couldn’t have been more cool, aftershow especially) and so I dutifully waited for doors in the hallway to be the first person in while several groups of people were turned away looking for tickets. I felt bad for them but as I learned later some people just waited awhile and walked right in with no ticket in hand at all.

The movie, performance, filmstrip, performance was a marathon, kick-ass, organic, great, great concert. Just cool as hell. Finally, as I was right next to the stage/’green room’ door I noticed Mangum holding a guitar going to center stage. Wow!?! I am no rabid NMH worshiping fan but this is quite something! At the the last minute he seems to decide to head into the crowd and asks for a chair. Now, there’s been a lot of talk on message boards about how Pittsburgh sucks because you have this legendary recluse, who never performs, playing an acoustic tune with no mic and people are talking and bottles are dumping and all this peripheral noise. The excuses I heard are valid. It’s a bar on a Saturday night at 1:30 a.m. Add the fact that this was totally unexpected. Also take note that he practically brushed against me as he was making his way into the crowd and I hardly noticed what he was doing let alone the people in the back of the overly crowded room. I was there and I don’t blame the crowd one bit. So he (along with Julian on saw, how phenomenal ?) plays Engine, which I kind of recognize. I do notice that head Elf Andrew was absolutely glued the performance. Three minutes later it was over. Not overstating the obvious but those three minutes were very special. Special to me, special to the majority of the crowd who were there, and special to those countless fans who were wishing, wondering, hoping, and even doubting that Jeff Mangum would play a song he wrote in public ever again.

After the show, I, along with a dozen or so other people including the dozen or so band members who played on stage throughout the night were mingling around when Jeff came down and cautiously signed some stuff I brought. He was totally cool with me approaching him and asking some general questions like, “How did you fell playing in front of an audience?” It felt nice. “Did you guys plan on playing when the tour was being organized?” No, I didn’t know I would be here less than a few days ago.” “Will you play some more on any of the other dates?” “I don’t know, we’ll see.” My response was a casual, “Cool beans.” He seemed to somewhat get a kick out of that and politely shook my hand. Thanks Jeff.

The aftermath of this show has been minor in the overall relevance scheme of things. My kick-ass pictures were featured on Pitchfork, a site I visit daily. I have read and thoroughly enjoyed Kim Coopers account of the recording of ‘In The Aeroplane Under The Sea’. NPR had the show from Chicago to download. Most importantly, I have kept the memory of this show with me for several weeks. Yeah, I have changed, not much but still, isn’t that what it’s all about? It is to me at least. 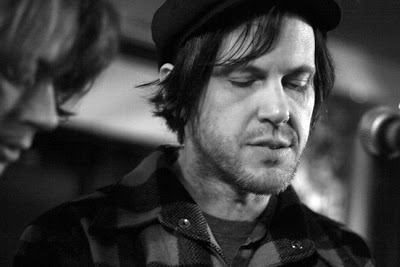 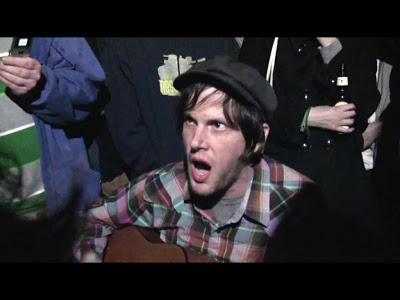 Above still from this guy.