I recently gushed about the band’s new album. They are one of my fav Pittsburgh bands and you couldn’t find a nicer guy than my man Nik.

Nik and the Central Plains-Walk on Beaches Nik and the band released this in April and I only picked it up at his show last May. I was blown away how good this was. Maybe it was because I probably heard all the songs live many times or that it is a more cohesive ‘band’ sounding album than his debut but whatever the reason, I love this record. If you live in Pittsburgh and haven’t heard it, pick it up at any of his shows or online here.

Woods-Sun and Shade I vaguely heard of this group through all the constant buzz-bandiness love from the hipster music sites and never thought I had the time or effort to really invest in them. My bad. Lo-fi, psychedelic, fuzz-rock, whatever…this is such a good release. I like the semi-eclectic styles scattered throughout it.

BOBBY-BOBBY I caught this band opening for The Low Anthem earlier in the year and kind of remember them being good but this debut is strangely enjoyable. It’s not an easy listen but once you succumb to the uniqueness of it, it’s really well worth it.

Centro-matic-Candidate Waltz After having discovered Centro several years ago, they have become an essential band for me. No matter what they release I expect great things from them and their latest is no exception. Now if they would just come to Pittsburgh!!!

Calhoun-Heavy Sugar Another Texas band making waves in their hometown of Fort Worth. This is the fourth release of sugary AM pop tunes from the quintet.

The Dodos-No Color Check these guys out at Smalls in the fall. Get there early for openers The Luyas.

Dream Diary-You Are The Beat Lush dream pop from this NYC trio. I am beginning to really dig this ‘dream pop’ stuff.

Frank Turner-England Keep My Bones Frank is beginning to make some well deserved noise here. He’s graduated to the bigger room of Smalls come September having just played Brillobox a few months ago.

Ha Ha Tonka-Death of a Decade Ha Ha Tonka are the little band that could. Like many of the artists I try to spotlight in these posts, they put out great music and yet seem to be so under the radar that no one ever seems to hear of them.

Pete and the Pirates-One Thousand Pictures Second album from this English band full of power pop/rock with a touch of synth goodness.

Vetiver-The Errant Charm I really like Vetiver. This new release proves that he got the goods and now people should start paying some attention.

This was such a great set. It was recorded for a podcast which you can grab here soon. The band was so tight. Plus, without the added distraction of a crowded, smoky bar full of noisy people, I could really get into the music. Nik is the man! More photos here and here. 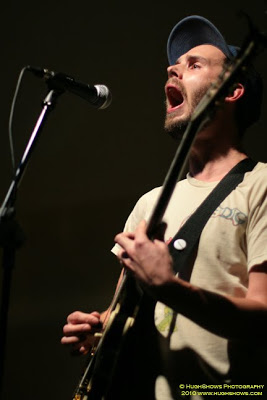 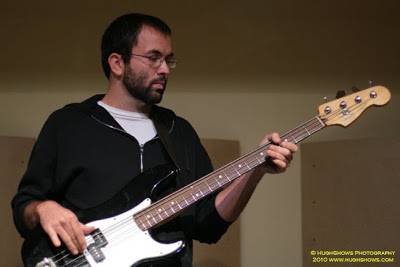 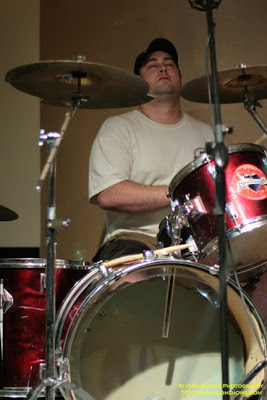 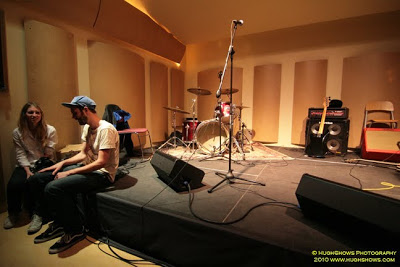 It’s hard not to listen to Nik’s debut and not have it stick in your head for days. I always jump at the chance to see him play. He announced at the start of his set that tonight was going to be a trio due to the fact that a member of the band got sick on the way over. As with most things, Nik seemed to take it in stride and delivered a great set regardless.

Nik recently put out one of my favorite local releases this year. If you haven’t heard it or have seen him live, kill two birds with one stone tomorrow night. He was kind enough to take a few and participate in this week’s installment of First/Last Fridays.

“Staring at the Sea” by the Cure, when I listen to that record now I just feel like it’s got a pretty sweet punkish sound.

“Small Cities” debut album, it’s got a great groove to it. I’ve been buying a lot of local Pittsburgh music, a lot of great stuff is blasting off around here.

It was so bad I blocked it out.

I went to see this punk band called AFI, that was the first big show I’d been to that I can think of. Some dude stole my wallet right out of my pants and disappeared into the abyss. It was a hopeless situation.

Dawes and 28 North at Hartwoord Acres. It was a very nice concert.

Dude, I don’t know, I’ve been to some pretty dang good ones, can’t say I have a favorite of all time.

My band opened up for Formula 412 at Kaya Fest earlier this year. Those guys are real friendly…not.

Pittsburgh is affordable, full of art, music, tree’s, and divebars. I’ve met so many cool human beings here I can’t even count them on my hands or feet. Musically it’s been very rewarding for me, I’ve met so many talented musicians and had so many great memories of playing shows with other locals. I’ll always have a soft spot for this steel town, I’d like to believe that it’s the best.

Thanks, Nik. Geez, I didn’t want to start a flame war between bands and all but I’m with you buddy, mean people suck.

So Nik and his band are releasing his CD tomorrow with a party at the Thunderbird. Unfortunately, I am ill and cannot make it, which doesn’t mean you can’t. Also, there are a couple features this week in The Post-Gazette and The City Paper previewing the show. Thanks to Nik, they used my photo! Woo-hoo, a first of hopefully many instances my images are used. Thanks Nik!

Nik Westman is all kinds of awesome. His band, which seems to change up in members for every gig, sounded too sweet in the semi-acoustic version this night. I cannot wait to hear his CD, which will be released exactly one week from now at The Thunderbird. Be there doodz! I will.