“Not shockingly, it began in high school. Maybe even… before. My mother played piano and I picked up some melodies from that. The Slant, for the most part, was a band I formed with fellow students, but we added a guitar player: Andre Costello from out-of-town: Elwood City, at the time. We played/laid around for several years, I was the lead singer, but we were all songwriters. It went well.. some airplay, a feature in the Post-Gazette, a spot on NPR. After so long, we decided to do our own thing. Andre has a band of his own now and so do the remaining members. I used the opportunity to become a better musician. After investing in some additional equipment, I worked towards becoming a one-man-band. This has been extremely rewarding to me, not in fame or fans, but in pushing my abilities to the limit. Simply?… I love to play, regardless of good show or bad. During the summer of 2012, I released an EP, titled, Tall-Sea Wall, which, I recorded in a home studio, and mastered at Mr. Smalls studio at North Shore. It has received airplay on WYEP and been favorably reviewed in City paper. I am happy to be simply, doing it. Recently, I have incorporated a drummer to accompany my live performances, but I don’t know if this is long or short lived. Either way, I’m… having fun.”

Check out the ‘band’ on Facebook, YouTube and SoundCloud. He is appearing tomorrow night at the Costello & The Cool Minors + Friends gig at the T’Bird along with my pals in Pet Clinic and Dave Bernabo. My thanks to Mark Zedonek for taking a few to participate in this edition of First/Last. 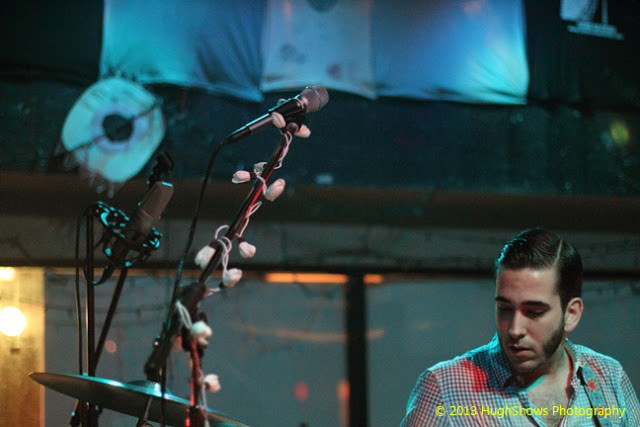 Thanks, Mark. I have always dug the ‘one man band’ concept. Ever consider adding knee cymbals to your arsenal sometime in the future?!?