“The Mendoza Line recorded a remarkable body of work that wrestled with the intoxication of life and love on the edge of the new millennium. When Shannon McArdle left the Mendoza Line in 2007, she was also leaving behind a marriage to a fellow band member. Shannon McArdle headed out on her own in 2008 with an unflinching report from the frontlines of divorce called Summer of the Whore (Bar-None). Music critic, Greil Marcus posted on Salon.com, “Debbie Harry had her finger on this trigger in Blondie’s “Rip Her to Shreds,” but Shannon McArdle makes you think she didn’t pull it.” Fear the Dream of Axes introduces us to a self-possessed Shannon McArdle who has fertility, Crown Heights, mythology, and murder mysteries on her mind. If the connection is lost on you, McArdle will make sense out of it for you in this unabashedly experimental marriage of pop, rock, folk, and more. The album is heavily influenced by masterful productions such as Marianne Faithfull’s Broken English and Harry Nilsson’s Pussy Cats. Former Mendoza Line member, Adam D. Gold takes the reins once again as engineer and producer.”

I consider 2004 a pivotal year in my musical evolution. I discovered so many ‘indie’ bands that year which turned me into the musical glutton I am today. No band had more of an impact on me then the late, great The Mendoza Line. The band had three superb songwriters with Shannon being the sole female of the latter day incarnation of the group. I was and still am amazed at her fearless take on life that she put into her tunes. Her latest solo album, “Fear the Dream of Axes ” (her second after the equally fantastic “Summer of the Whore“) was recently released on Bar/None and I am thrilled that she took some time to participate in this edition of First/Last. 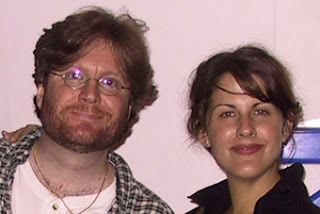 Thanks so much, Shannon. First off, your music does and always will inspire me more than you’ll know. And second, get your ass back to Pittsburgh, girl!