“Something for everyone is how you could describe the nostalgia-punk of Swiss Army. Fury. Mistakes. Empathy. All of the ingredients of personal growth as told through blazing riffs and deep lyrics.“

Swiss Army is a punk band from Pittsburgh on A-F Records who’s latest release is the barn burner “On Top of the World” featuring Garrett Dale of the band Red City Radio out of Oklahoma. Continuing in the collaborative vein, the band will be ‘Host’ing a cool event tonight (Friday, 10/11) at Dancing Gnome Brewery and Mr. Smalls Funhouse as they unveil a new beer, new song, new artwork from Marika DeLozier and support from friends Jack Swing, and Hearken. The fun starts at 4pm and lasts all night. Details can be found here. I want to thank Brandon Lehman (Guitar/Vocals) for taking the time to participate in this edition of First/Last.

The first album you ever bought?
‘Mortal Kombat’ movie soundtrack.

Favorite thoughts, experiences about Pittsburgh?
Being able to collaborate with other musical and non-musical projects to create better shows, experiences and content.

Thanks, Brandon. This is such an awesome idea for a show tonight. I love your out of the box thinking of presenting your music to the fans in town in a totally unique experience. Gonna have to try that brew soon. 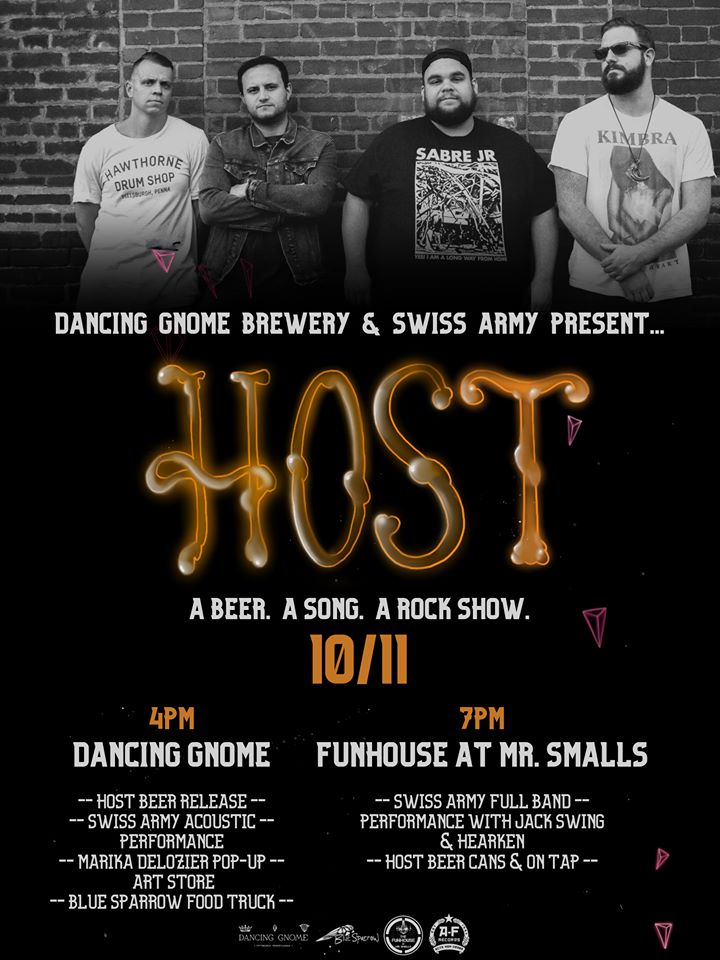