“There’s a rich history in rock of exes making beautiful music together. But what makes TeamMate’s story particularly compelling is how insurmountable drummer Dani Buncher and singer-keyboardist Scott Simons’ break up seemed. One day they were daydreaming about growing old together, and the next, Dani came out to her boyfriend. The two had been dating for a full decade. In the four years since that gutting split, an extraordinary connection and a mutual love of music have helped them dismantle, then rebuild, their relationship. “If we couldn’t be partners,” explains Scott, “we were still going to be teammates.” Getting there took work, as chronicled in their self-produced debut album (out in 2012 on Rostrum Records), an indie-pop memoir that charts the times and tides of their lives.”

Check out the band at their official Website, Facebook, Twitter, YouTube and Instagram. The duo recently released their debut, “The Sequel EP” and are performing a ‘Stage-It Show‘ tonight from Morgantown. They also play Pittsburgh tomorrow at Club Cafe with friends of the blog Triggers and The Wreckids. My thanks to my pals Dani Buncher (Drums/Vocals) and Scott Simons (Keys/Vocals) for taking the time to participate in this edition of First/Last. 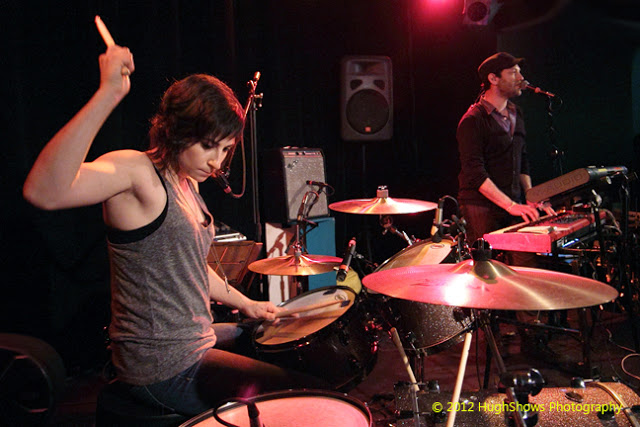 Thanks, guys. Funny you mention “Heartbeat City”, Scott. I love that album but when I saw the band on that tour, I was…SOOO BORED. Wang Chung opened and even though I didn’t particularly dig them all that much, I like them way better that night than The Cars. Go figure.

Last night I had the pleasure to hang with Scott and Dani as they rehearsed for their very first shows as a band. Tonight they play in Scott’s hometown of Morgantown, and tomorrow they make their Pittsburgh debut at Brillobox with favs of mine and labelmates Donora. If you are in either area, these shows are not to be missed. I got a small taste of what to expect and what struck me was the honest and almost brutal lyrics that reflect their unique, and thankfully for us, resolved relationship which brings them together to make music. I can’t wait for the full set! 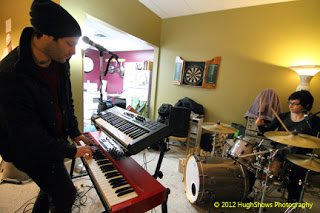