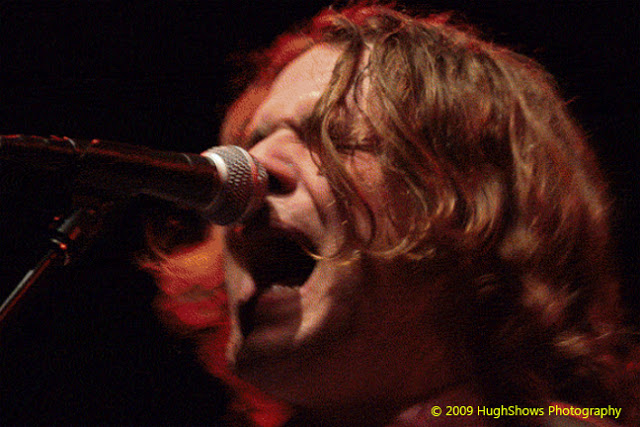 This was the beginning of an incredibly hectic schedule of concerts for me. Over the next few days I am going to run myself ragged but the quality of bands are well worth it, starting tonight with one of my favorite groups, The Broken West. I missed these guys opening for Fountains Of Wayne at Diesel a few years ago for some reason or another and I was very excited to finally see them. They were spot on, even though the Warhol is an unusual room to play in. A seated show in a nice theater is miles away from the dingy Grog Shop where they played the night before with fights and drunkards aplenty. The drastic shift towards silent calm unnerved the band somewhat but I couldn’t tell.