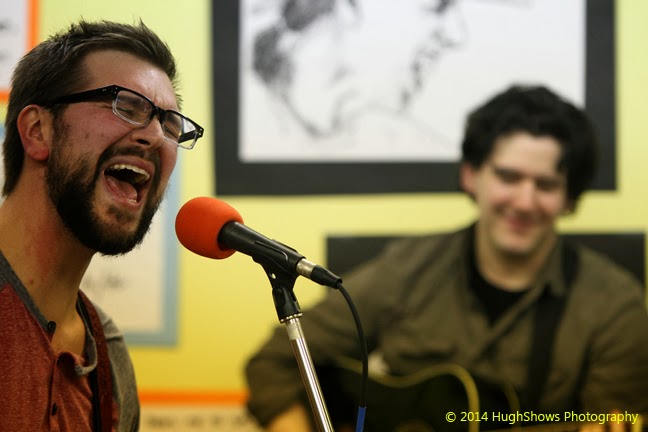 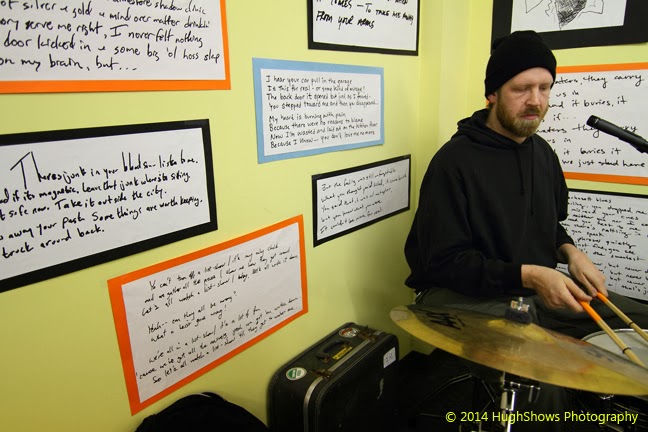 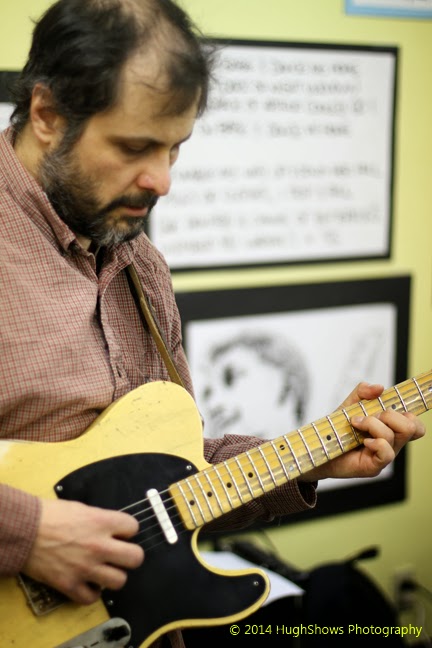 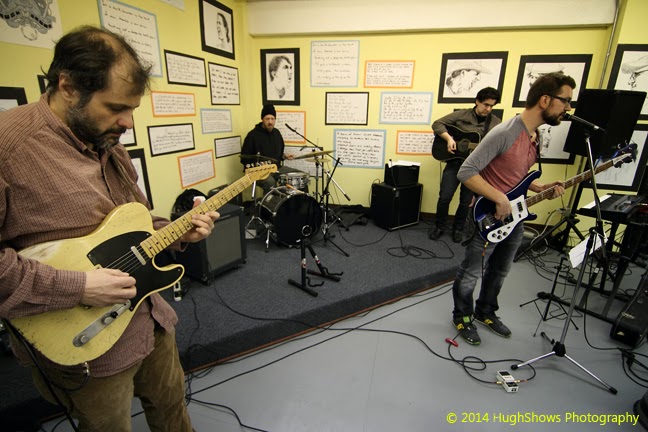 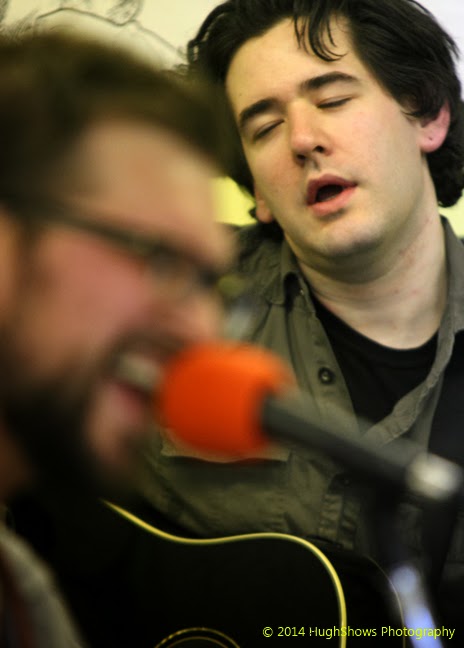 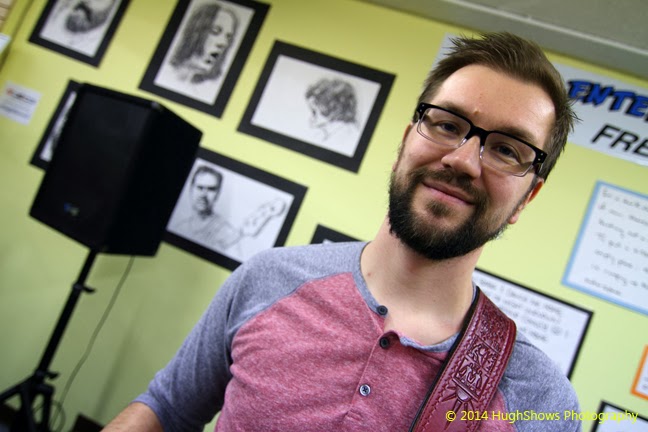 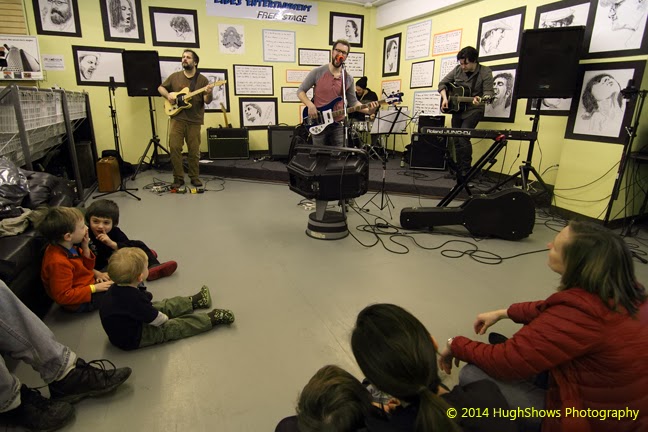 I have been listening to the band’s latest a lot since I got it and for their release show they played the whole thing straight through, guest musicians and all. The fifth song on the album is quickly becoming my favorite song so far this year and it’s about collecting junk? Sweet. 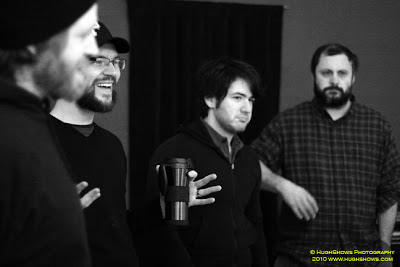 Tonight is the big release show for Chad and the boys at the T’Bird. I was lucky enough to get an advanced copy last week and have been jamming it ever since. This is going to be a blast especially with Triggers supporting. There are articles here and here about the gig (with cool photos to boot!) The band was nice enough to participate in this ‘CD Release’ edition of First/Last Friday.

The first album you ever bought?
Chad Sipes: Peter Gabriel’s SO. On cassette.
Erik Cirelli: The first album that anyone bought for me was Kiss Alive II. The first record that I actually bought on my own was probably “Blizzard of Ozz” or “Back in Black”, although there is a slight chance that it was the “Another One Rides The Bus/Gotta Boogie” 45 by Weird Al Yankovic.
Jon Miller: Don Henley’s “The End of the Innocence”. My aunt turned me on to The Eagles when I was a young kid and my mom wouldn’t let me buy Gun’s and Roses.
Paul Smith: “Eat ’em and Smile” by David Lee Roth. This was definitely because of the cover of the album.
Your last album bought?
Chad: “The Suburbs” by Arcade Fire. I was a little late on this one. I liked the first two records but this is their strongest release. A lot of people are obsessed with them. I am not, but I am obsessed with Springsteen and I hear a lot of Bruce in Win Butler’s songwriting.
Erik: Nathan Hall + David Bernabo.
Jon: Bright Eyes’ “The People’s Key”. I really enjoy the atmosphere created by the spoken word interludes of Denny Brewer.
Paul: “Remain in Light” by Talking Heads.
Favorite album of all time?
Chad: “Fables of the Reconstruction” by R.E.M.. Or is it “Document”?
Erik: It would be a tie between “Mercury” and “Everclear” by American Music Club. ”London Calling” would be a close second. “Astral Weeks”, “Tim” by The Replacements, “Rock and Roll” by The Cynics, “Gentleman” by Afghan Whigs, all would be right up there. “In a Silent Way” or “Kind of Blue” by Miles. Maybe “Reckoning” by R.E.M because I have to pick one from them. “I Want to See the Bright Lights Tonight” by Richard and Linda Thompson. “Bone Machine” by Tom Waits. “If I Should Fall From Grace With God” by The Pogues is a great album except for the songs that Shane doesn’t sing.
Jon: “OK Computer”.
Paul: Probably “Kind of Blue” by Miles Davis. Maybe it’s cliche to say, but it really is a perfect record.
Least favorite/most disappointing album?
Chad: “Autumn of the Seraphs” by Pinback.
Erik: Bon Iver’s debut record. I hate it. I don’t get the appeal at all. Also I am not a big Neil Young fan. I like his guitar playing alright but most of his songs do nothing for me. I get so sick of hearing about him. I’m sure he is really concerned about what I think, too.
Jon: I really tried to get into Ben Kweller’s latest album “Changing Horses”, I’m a big fan of B.K. I guess I was just let down by this one.
Paul: “Beginning and end, interwoven” by Keiji Haino. It was an impulse buy while shopping at Paul’s CD’s with Chad. I wish I had that impulse back.
First concert attended?
Chad: The Cure at Starlake. ‘Friday I’m in Love’ tour. 7th grade.
Erik: Ozzy Osbourne and Motley Crue at the Civic Arena.
Jon: There was this bagel shop that use to host music, the bands were Focal Point, Pensive, and Seasons in the Field.
Paul: King’s X at Metropol. I think it was 1991.
Last concert?
Chad: Clutch at I.C. Light Amphitheater (or whatever it’s called this week). Clutch is one of my favorite bands. They are bluesy and sludgy like Black Sabbath. They also jam a little bit which I usually hate but these guys are good. It’s a shame they had to open for Black Label Society, because those guys are lame. The crowd was a bunch of muscle dudes and deer hunters and then me and my sister.
Erik: Young Antiques and John Bechtol at Club Cafe.
Jon: I had the pleasure of seeing The StereoFidelics for the second time last Thursday. They are this blues/rock duo from Asheville, North Carolina. They are nothing short of incredible.
Paul: ATS at Murphy’s Pub on July 9.

Favorite concert ever?
Chad: Drive by Truckers CD Release party for “Dirty South” Album. 40 Watt Club, Athens, Ga. Saw Modest Mouse the very next night at the same club.
Erik: American Music Club at the Warhol with Lohio opening the show. For me, that was like opening for The Beatles. A show that really blew my mind in the past year was Friction Brothers at Garfield Artworks.
Jon: At the Drive-in and The Rhythm of Black Lines – Club Laga August 2000.
Paul: Radiohead at Blossom Music Center during the “Amnesiac” tour.
Least favorite concert?
Chad: Meat Puppets opening for Primus at the Beaver Dome.
Erik: Twisted Sister. I know it is hard to imagine, but they were terrible. Dio, who they opened for, just killed it.
Jon: The Hymns at The Red and The Black.
Paul: Tool at Mellon Arena. I was scared and left halfway through. I can’t explain it, but I just had this really weird feeling when they started playing, and it just intensified…

Favorite thoughts, experiences about Pittsburgh?
Chad: Born here, bought my house here, gonna die here.
Erik: Meeting my wife Emily in Pittsburgh.
Jon: Pizza Sola is the saving grace of the city.
Paul: I’ve lived in Pittsburgh my whole life, and when you’re from here, there’s a tendency to think that the town is so small, and you recognize everyone, and nothing new happens. However, I’ve definitely noticed in the last few years that Pittsburgh seems bigger. There’s more stuff to do, more people. It’s really cool to see it happen, and to be a part of the music scene here.
Chad adds:
Favorite local releases of all-time:
Chad: 5. SodaJerk-“Can’t put You Down” (before I joined the band).
4. Ritual Space Travel Agency – “Volume 1”.
3. Karl Hendricks Trio- “Songs about Misery and Women”.
2. The Cynics- “Rock n’ Roll”.
1. Vale and Year- “Create a Perfect History”
Honorable Mention: The brand new Horse or Cycle Record. Wow, you gotta hear this.

Thanks so much fellas. I love the new songs and I am really looking forward to hearing them live tonight.

Showtimes. Of the literally dozens and dozens of concerts I see in a single year, I can count on my hand the number of times in my life that I have been late to a show. I am usually early to be able to get a good angle to shoot and I know by now that 8 p.m. probably means 8:30 at the earliest. So it was O.K. that I was shooting Ingrid Michaelson’s first three songs at the Point and had plenty of time to catch Chad and the boys up Route 28. I even stopped at the drug store for crying out loud. Imagine my utter dismay when the guy at the door explained to me that they were already playing for a half hour when I walked through the door. I immediately hugged the stage as they were in the middle of a ferocious jam and started to fire off a few ‘test’ shots as I usually do to get a feel for the room. With that, Chad said his good nights and I missed the whole set. Damn! Chad was cool about it and even extended the end of the song so at least I could get a few. Thanks buddy, next time.

TCSS are Chad Sipes (bass), Erik Cirelli (guitar), Paul Smith (drums), and Jon Miller (keys). They are recording a new album with producer Josh Antonuccio in Lawrenceville. The band has been around Pittsburgh for awhile now and surprisingly it was my first time meeting most of them. They couldn’t have been more welcoming to me the day I was there and I cannot wait to hear the entire album. I am also looking forward to finally seeing them live soon. I really have to say that I feel incredibly lucky and grateful to live in a town with so much musical talent and that these people are kind enough to let me be a ‘fly on the wall’ of sorts while they work is just so awesome to me. I sincerely appreciate it. A bunch more photos here. 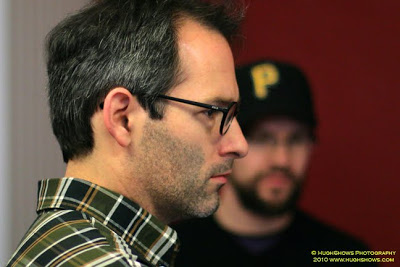 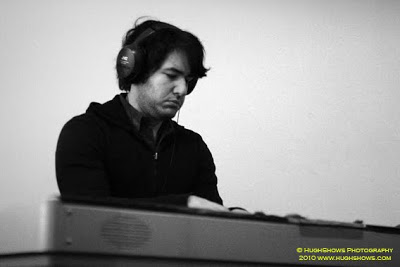 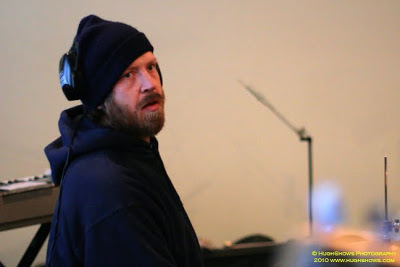 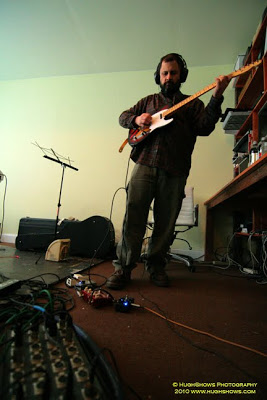 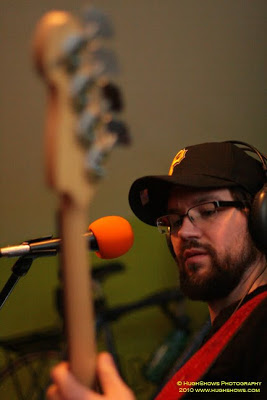 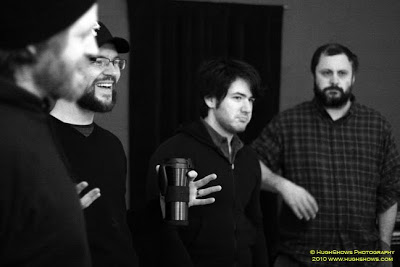