“Formed in early 2012, The Dressed Frets are a 5-piece indie-rock outfit from Pittsburgh. Their sound is classic, tight, and vocal-focused. Each musician is a veteran of the Pittsburgh music scene and they have combined to create a sound that is polished, and allows for each member to be highlighted at different points throughout their catalog. During 2012, the Dressed Frets recorded 2 EP’s, “The Rock Obstacles EP” at 20 Cedar Studios and the second produced by members of another Pittsburgh band, Grand Piano. “The Bed and a Blank Amp EP” was released this summer. After playing several shows that continued to build momentum and buzz for the band, The Dressed Frets’ lead singer announced that she would be leaving the band to pursue film production in LA. The Dressed Frets brought in a vocalist-friend who quickly picked up the band’s catalog and has been a part of the writing of much new material. The Dressed Frets took time off during this transition and are now back and booking shows through the summer in Pittsburgh and the surrounding area. They are also in the planning stages of more extensive touring.”

Check out the band on Facebook. The band recently released their latest EP, “A Bed and a Blank Amp“, and this week unveiled a performance video to ‘Our Whole Lives‘ for the excellent J Bird Studios Presents series. My thanks to Mike Dugan (Guitar/Vocals), Nick Martin (Guitar/Vocals), Leanne Diamond (Vocals), Jonah Petrelli (Bass) and Sam Stein (Drums/Percussion) for taking the time to participate in this edition of First/Last. 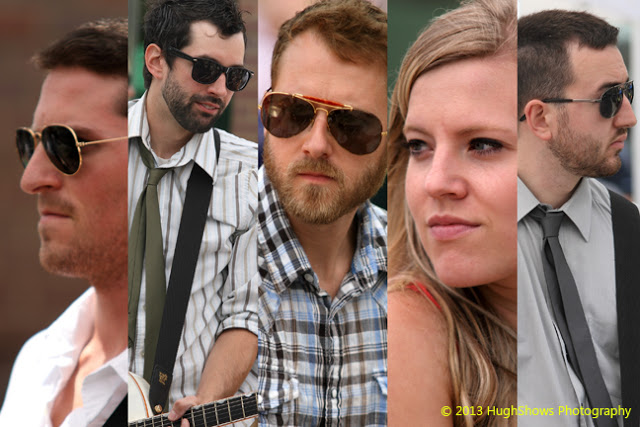 Thanks, guys. Being a ‘newbie’ to your band, I am really excited to see you play again soon.