“Eric Vermillion, formerly of 90’s bands Gumball and the Steel Miners (and, in the 80’s, the Stump Wizards), has resurfaced with a new band… The Full Counts.”

The Full Counts is an alt-rock band from Pittsburgh who’s debut album First Out comes in both an electric version and acoustic version. I want to thank songwriter Eric Vermillion (Bass/Vocals) for not only taking the to participate in this edition of First/Last but becoming the first to do so in submitting his answers in his own handwriting. 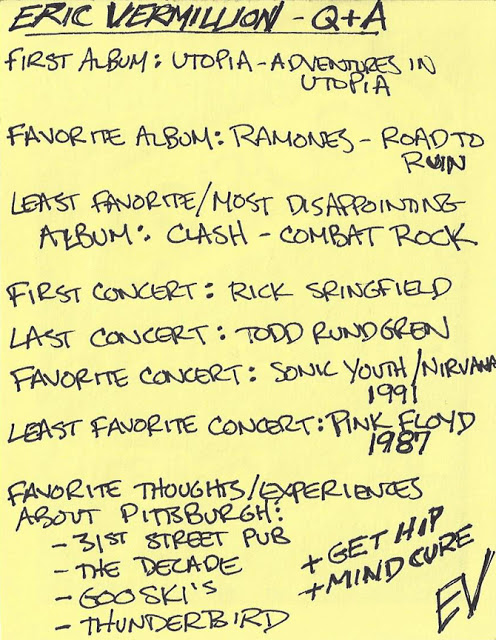 Eric: I guess I missed one of those questions, though…

The last record I bought was Machine Gun Etiquette, by The Damned.

Thanks, Eric. Very cool of you to take the time to actually write down your answers. I have done over 1000 of these First/Lasts and you are the only one who ever did that!