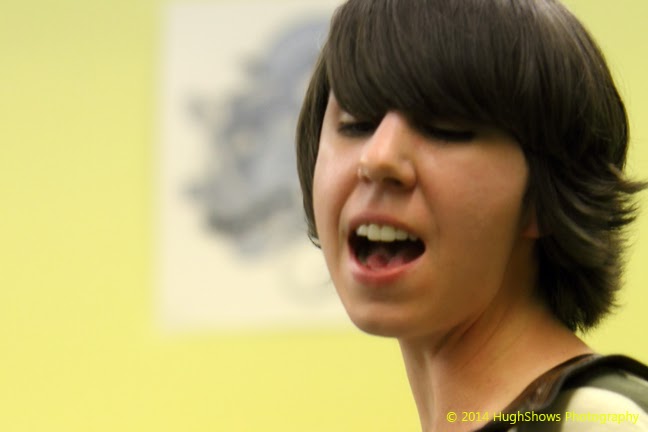 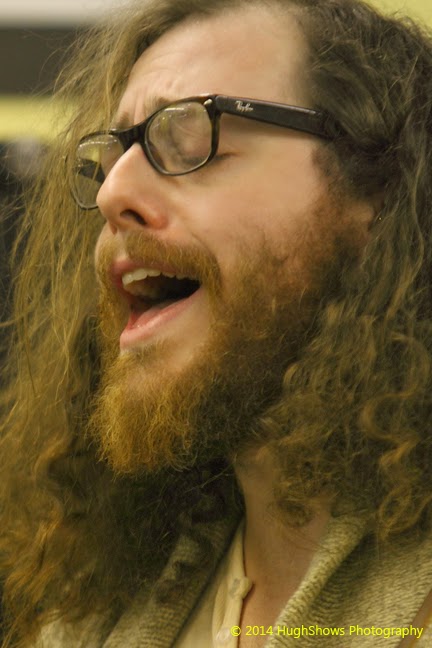 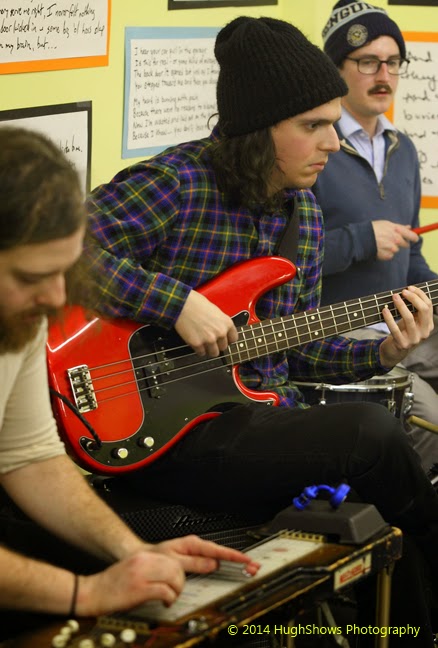 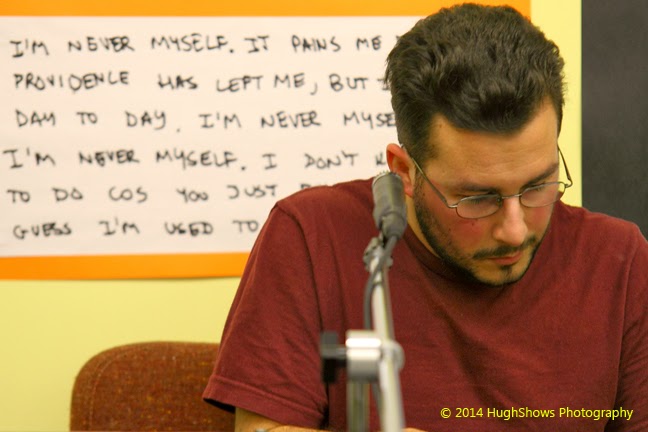 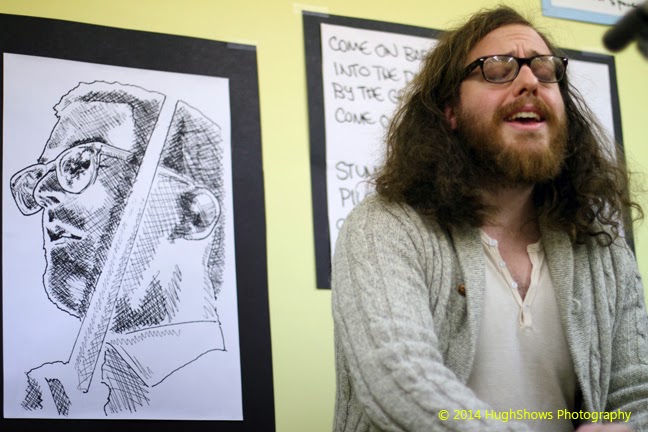 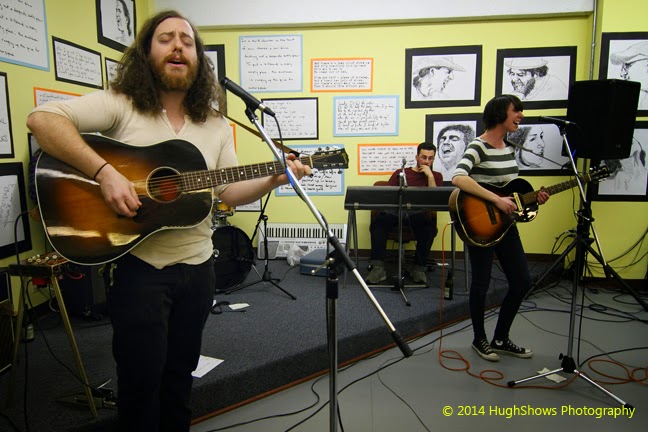 Opening for Dr. Dog, two very different bands. Any reader of this blog knows my long time endearment to the Harlan’s laid back blues rock vibe. Purling Hiss on the other hand came out wailing and screeching, not bad at all mind you, just a little out of sorts with the other bands on the bill. 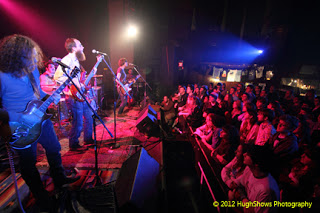 As the band record their second album, I will hopefully be popping by the studio at times to give yinz guys an account of the progress. Yesterday when I was there, Greg was laying down some organ/piano parts on a couple songs and although not the best opportunity to take pictures, it’s always cool to be hanging out listening to how the songs take shape.

First time seeing the band with the new line-up. Have to gush and say they sounded so great. It was also Carrie’s ‘Dirty Thirty’ at midnight. Hard to believe that when she was born, I already knew my wife for two years!

Not many musicians have what it takes to be able to tear me away from the end of the awesome concert I was enjoying down the street at the Warhol (more on that show soon). James Hart is one of them. Playing a rare solo ‘wooden’ set he proved I made the right choice in not missing it. He provided the perfect vibe to sipping a beer and letting a long work week wind to a close. Thanks buddy.

I recently made a mix made up of all Pittsburgh bands for a friend of mine to ‘turn’ him on to the incredible music scene we are lucky enough to have here. Out of about 18 tunes, he said to me that he was really digging the disc but that one song by the ‘Harlans’ was just killer. He loved how it just exploded mid-song. Yep, that’s pretty much what hooked me to.

The band is opening for Vetiver this Friday, which I guarantee will turn out to be great night. The next night, there will be the debut of The Harlan Duo, James and Carrie acoustic, for a benefit show, which IMO sounds just as awesome. They were both cool enough to participate in this edition of First/Last.

Thanks a lot guys. FWIW-my first concert was The Eagles as well and I like to think I still have my cred. And to have Sir Paul as your first is definitively worth bragging about.

I really do love this band. It’s no accident that the first thing you see visiting this blog is a photo of them. Even though I’ve seen them play in daylight before, it’s still so strange to see them rock out in front of sober people, me (and them) included. They are working on new material and I guarantee it’s gonna be sweet!

The Harlan Twins are synonymous with Bloomfield. It was great to finally see them play Howler’s. When this band is in their element (which it seems to be any place performing live) they cannot be beat for good times rock and roll fun.

I think The Harlan Twins are awesome. They, to me, are THE definition of a yinzer band. Believe me, that’s a great thing. They wear their Pittsburgh pride on their collective sleeve with no remorse at all. I have only seen them play three times but since I am constantly listening to their debut record, I feel I have seen them dozens more. In fact, I am hoping I catch their set tonight supporting Lohio’s EP release at the Brillobox. This was an uber cool acoustic set that let the band’s true musicianship and heartfelt vibe shine through. Even a busted bridge on Jules bass couldn’t stop them. Way to go! I have an electric set review from their homebase of Howler’s coming soon.

Southside Since I have been focusing on Harlan Twins the last few days I decided to dig back a few months for these pics. Beautiful renditions of these yuletide standards. 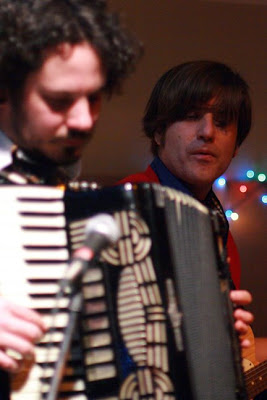 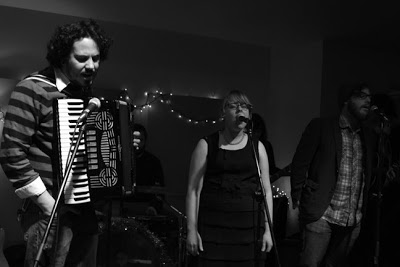 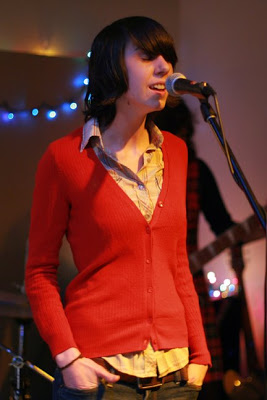 Southside I am hoping this band releases some music this year. As of this writing they have one date coming up. I regret to say I will be running around that night hitting The Warhol and later at the CD release show for Meeting Of Important People but I am positive I’ll see them play soon enough.