“Composed largely of transplants to the Seattle area, The Head and the Heart write and play songs that speak to the newness of a fresh start, of the ghosts left behind, of moving forward, all brimming with a soulfulness and hope for a better life than the one we’ve all been sold. Stylistically, think a folksy Beatles or Crosby Stills Nash & Young with more instrumental force. Catchy piano melodies stand side by side with a tight trio of harmonies, and solid minimalist drums, groovin bass, and plenty of hand percussion and foot stomps make the live show inspiring and really goddamn fun. The band’s eponymous first album was self-released at the end of June 2010.”

The band return to Pittsburgh tonight headlining Mr. Small’s with support from Lost in the Trees. My thanks to Josiah Johnson (Guitar/Vocals/Percussion) for taking the time to participate in this edition of First/Last. 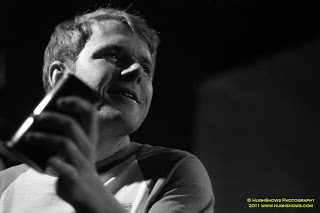 Thanks, Josiah. When I saw you play last, your album wasn’t even out yet. So glad good things are happening with your band!

Opening acts usually get no love. Audiences can be indifferent, or even worse, cruel as they patiently bide the time waiting for the headliner. This band got none of that as the audience showed some genuine love. For good reason, they were really good. Word on the street is that they will be the next big band to blow up and although I hear that all the time, they have the goods to back it up. We’ll see.