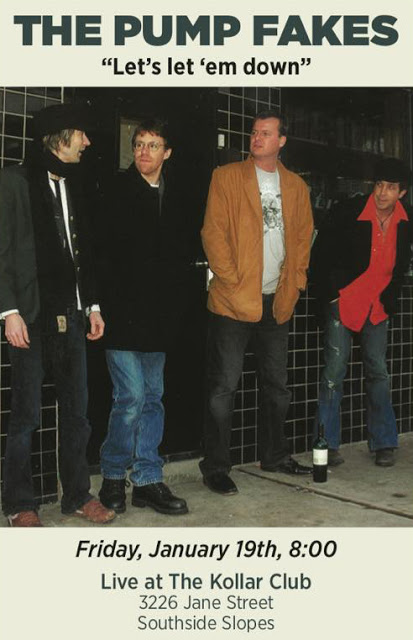 “Artists We Also Like: Most of the bands Jack White plays in.”

The Pump Fakes are are Pittsburgh’s premiere ‘combat rock’ band who aren’t afraid to wear their influences on their sleeve. Fans of Keith Richards, Ryan Adams, Springsteen and The Replacements will find something to love in their original rock and roll.

Returning to the stage after a short absence, the band will be celebrating the impending release of their upcoming new album by shaking off the cobwebs and playing most of their 2007 album Trouble Honey this Friday (1/19) at the cozy Kollar Club, along with a handful of new songs. I want to thank the band’s main songwriter Patrick Maloney (Guitar/Vocals) for taking the time to participate in this edition of First/Last.