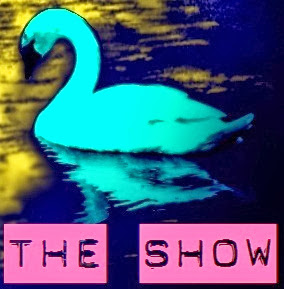 “Hitchhiking is owed a large debt to the forming of THE SHOW. This is how
Brandon Mitchell met Johnny Saint-Lethal in 2005. From Albuquerque to
Pittsburgh, the two talked music and ended up playing several shows
together as solo artists. THE SHOW was formed two years later when
Saint-Lethal and Mitchell decided, against their prior inhibitions, to
form a band, sharing lead vocals and songwriting.
Currently, THE SHOW are readying
themselves to record their sophomore album with acclaimed producer Chris
Potter (The Verve, U2, Rolling Stones), after singer Johnny
Saint-Lethal successfully battled leukoplakia and throat cancer of the
vocal cords.”
Check out the band at their official Website, Facebook, Twitter, MySpace, YouTube, and ReverbNation. The band has a busy fall starting tomorrow night as they release their latest single/video to “Don’t Ask Don’t Tell” at The Hollywood Theater in Dormont with a full band set. I want to thank Johnny Saint-Lethal (Guitar/Vocals) and Brandon Mitchell (Guitar/Vocals) for taking the time to participate in this edition of First/Last.
The first album you ever bought?
Johnny Saint-Lethal: Wang Chung 45, ‘Everybody Have Fun Tonight’ was my first
single. “Essential Divinyls” was my first CD.
Your last album bought?
Johnny: The National “Trouble Will Find Me”.
Favorite album of all time?
Johnny: “Urban Hymns” / The Verve, “Morning Glory” / Oasis, or “Neck of the
Woods” / Silversun Pickups.
Least favorite/most disappointing
album?
Johnny: This is a good question. Probably 2010’s Richard Ashcroft / “United
Nations of Sound” is the most disappointing for me. I have too many least
favorites to count from Taylor Swift to Maroon 5.
First concert attended?
Johnny: Amy Grant or INXS.
Last concert?
Johnny: Silversun Pickups, Cleveland.
Favorite concert ever?
Johnny: Oasis, or The Verve, or Doves at Rosebud… or Guster at the Odean in
Cleveland.
Least favorite concert?
Johnny: Puddle of Mudd, which I was dragged to…. dragged to the Mudd…
Favorite thoughts, experiences about
Pittsburgh?
Johnny: Um, I like how easy it is to live here, and by live I mean survive. But
as an artist, it’s a sports town. And I am landlocked and I’m a sea person…
the rivers just aren’t enough for me. And right now one of my favorite people
I’ve met in a while is 2000 miles away. But I miss Laga and Metropol and
how easy it used to be to get 600-700 kids out to our gigs.

Brandon Mitchell: O.k.
here it goes… well my first album was not a purchase but rather a gift. One of
the greatest gifts I have ever received. It was right after my parents divorced
and my mom was ridding the house of any remnants of a past. Setting herself free
and on to a new direction. A new life. I watched my childhood that day leave
out that old garage 50 cents at a time. As the day went on I found myself
huddled with my mom’s old record collection. I was drawn to them for some
strange reason, looking over the artwork of each album gently thumbing through
each one. My brain running wild at the stories they might tell the meaning
behind them. The strange excitement about them. One in particular drew me in. A
blackface one with four squares, four odd faces. Each of their eyes
cloaked in mystery, yet open as a book. After some begging my mom allowed me to
keep one. The one I held very tightly that day. The one I’m describing at this
very moment. That album was Let It Be by The Beatles. I was very young and it
was quite some time before I could actually listen to it. I spent hours
staring at that cover slowly spinning that beautiful black vinyl
in my hands. The beautiful moment of putting the needle on that record for
the first time, well that my friend is another story.
I could answer the rest of your questions but I’m afraid we would be here all
day. I will tell you though seeing Built To Spill live was one of my favorite
experiences. These days I’m mostly working on my own material and going to
concerts in my head. Oh, and to answer one more of your questions, the
first concert I ever went to was The Turtles. Thank you so much for your
interest. Perhaps we will speak again.

Thanks, fellas. Don’t think I have ever heard of a concert at the Hollywood Theater. Should be real cool.